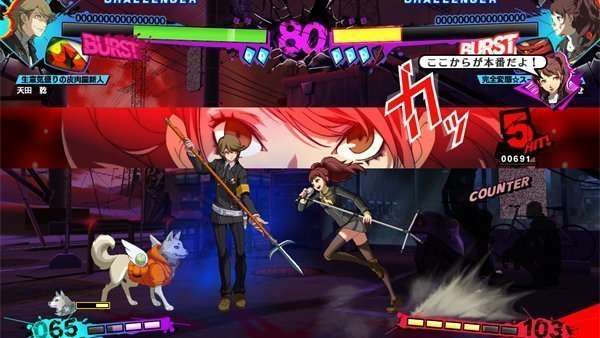 Arc System Works has announced version 2.00 of Persona 4 Arena Ultimax to be released for the arcade version of the game in Japan—in January 2015—as well as location tests for the update taking place next week.

Version 2.00 of P4AU will introduce the console characters (Ken, Rise, Adachi, Marie and Margaret) to the arcade version of the game, and will also include balance updates.

Of note, the game’s Shadow characters have been stated to receive substantial changes, potentially indicated in the above screenshot showing Shadow Ken to the left with a “BURST” icon, which Shadows do not have in the current version of the game.

The location tests for the new update will take place in locations across Japan from November 21 – 24, 2014.