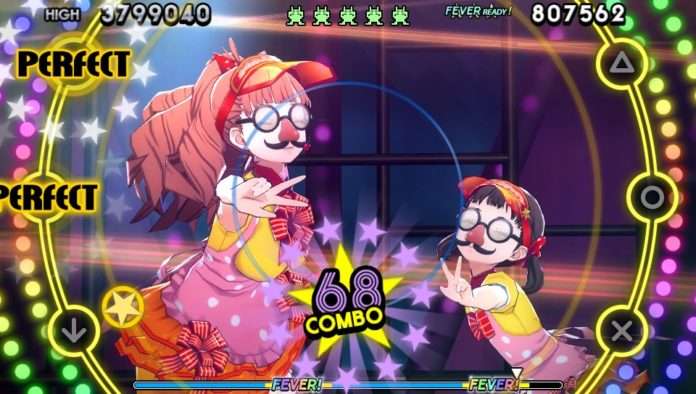 Following retail listings hinting at such, including Rice Digital’s who will be releasing the “Midnight Stage Edition in Europe, Persona 4: Dancing All Night has been announced for a November 6, 2015 European release date.

Both the physical and digital versions of the game will be releasing on November 6. As previously announced, Europe will also be getting the “Disco Fever” limited edition of the game: 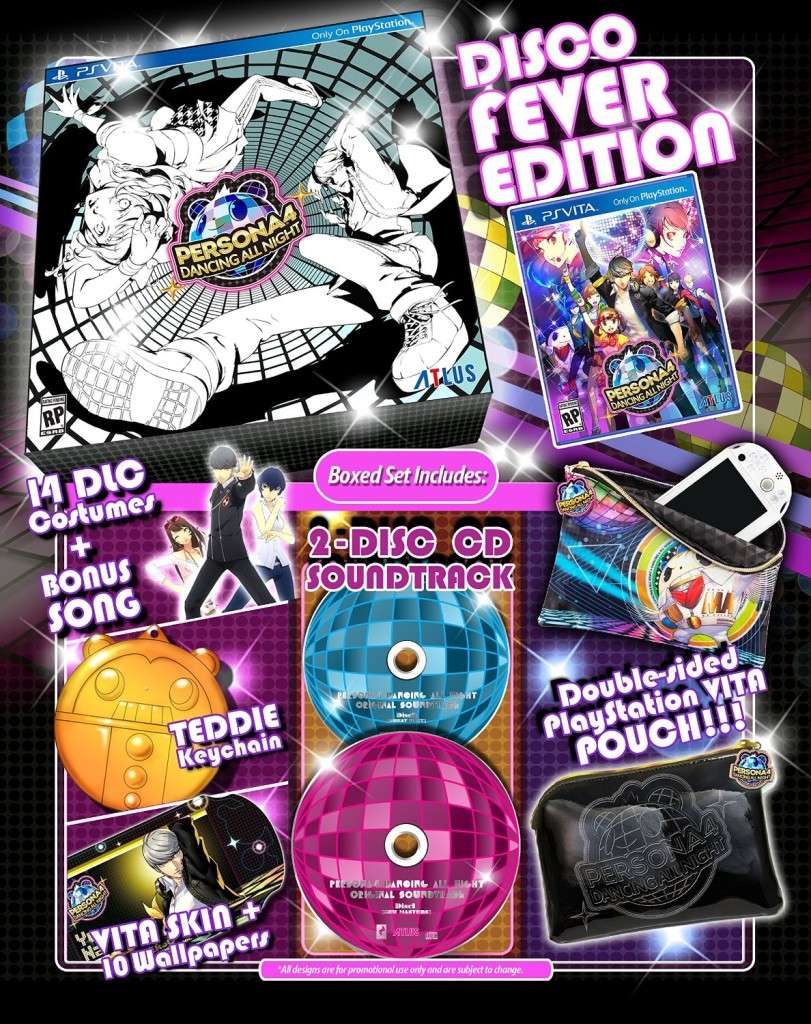 NIS America’s overview of the game:

Persona 4: Dancing All Night (P4D) is a story-driven music game that takes place after the events of 2014’s fighting game, Persona 4 Arena Ultimax. Players get pulled onto the Midnight Stage when the spotlight turns to mega-idol Rise and her junior group, Kanamin Kitchen. Members of Kanamin Kitchen have disappeared into the Midnight Stage and it’s up to Rise and the Investigation team to mount a rescue mission — only they discover the same monstrous Shadows from the Midnight Channel. To make matters even worse, their old powers no longer work, and the Shadows in P4D can only be defeated by dance, so it’ll be up to players to bust out powerful dance moves in order to save the day!