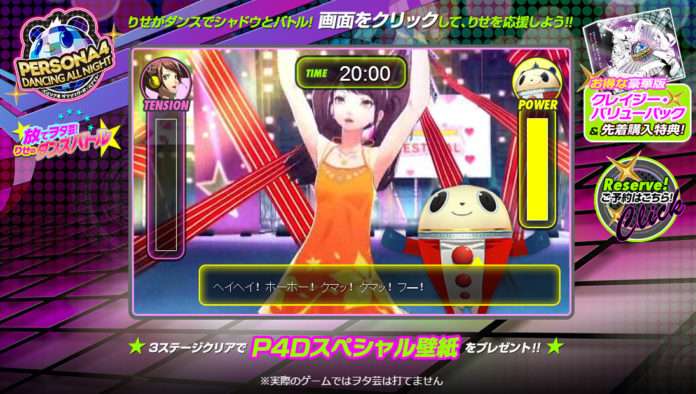 With eight days left until the game’s Japanese launch, Atlus has released a Persona 4: Dancing All Night flash mini-game on the official website. 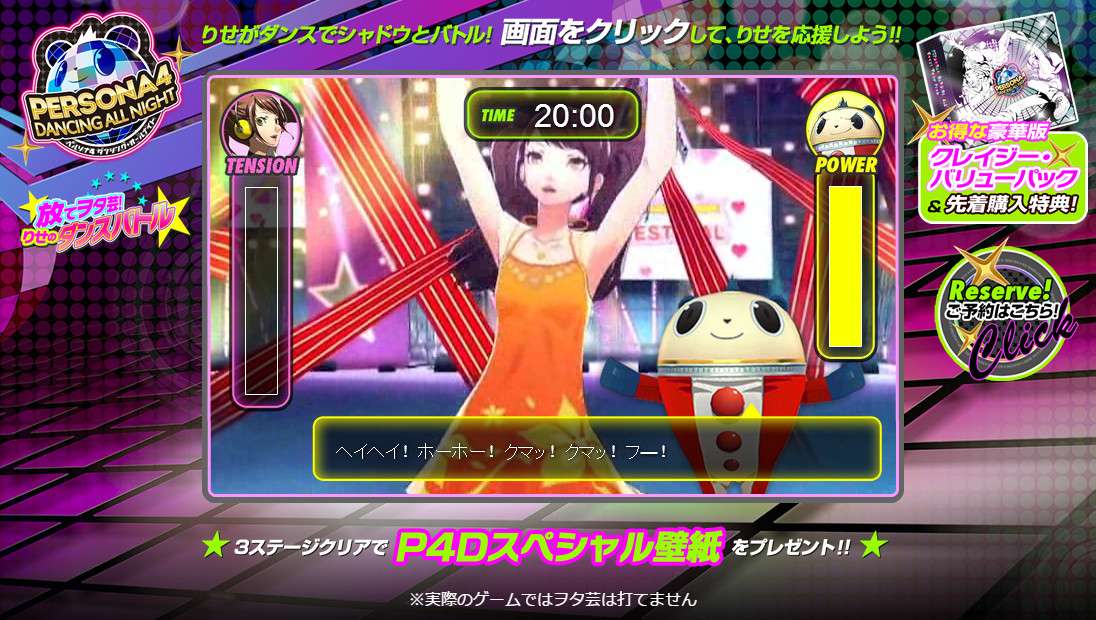 The goal of the game is to help Teddie engage in a dance battle against Rise Kujikawa, performing “wotagei” to cheer him on.

Players who pass all three of the mini-game’s levels will be granted five special Persona 4: Dancing All Night wallpapers for the PC.

A gallery of the wallpapers can be found here, for those who cannot clear the mini-game.

The mini-game features video of Rise Kujikawa dancing in the game to “Pursuing My True Self.”  Her costumes are randomized as players win each phase of the game. The game also features background music from the upcoming rhythm game.