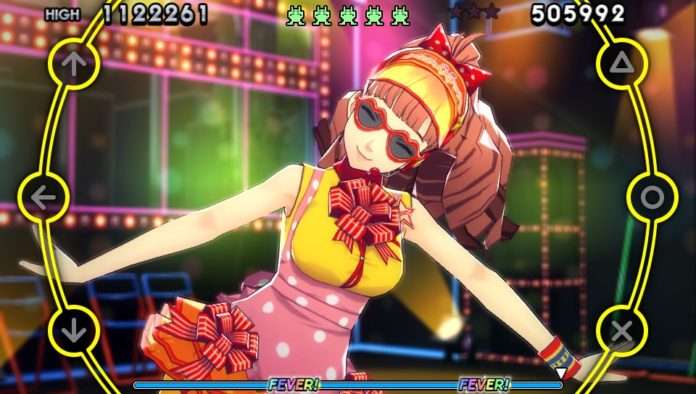 Atlus USA have released English character trailers and new screenshots for Kanami Mashita and Teddie in Persona 4: Dancing All Night.

This time, Rise’s junior takes center stage! Kanami Mashita is the leader of Kanamin Kitchen and ready to get down in P4D! But just like Rise before her, you may start to get the impression that just because you’re a super popular idol, doesn’t mean life is any easier. Kanami is a brand new character (ok, she was mentioned in Persona 4, but never shown), but she’s an important part of the game’s story mode! Oh, and if you’re wondering why she calls herself a prize cow with marbled meat, Kanamin Kitchen’s Idol gimmick is that they all represent types of meat. But you’ll find out more about that in Story Mode!

You can rest assured that no matter how grizzly the situation or what dangers may come to bear, when there’s idols in need of rescue, Teddie will be there! The Midnight Channel denizen makes his way to the big city to perform with Rise, Yu, and the rest of the Investigation Team but not before getting swept up in the bear-ou-ha-ha when Kanamin Kitchen disappears.

Additionally, following numerous placeholder dates of a September 29, 2015 release date for Persona 4: Dancing All Night, Atlus has officially confirmed that that will indeed be the North American launch date for the game. It is rated T for Teen by the ESRB for “Language, Mild Blood, Mild Violence, Partial Nudity and Suggestive Themes.”