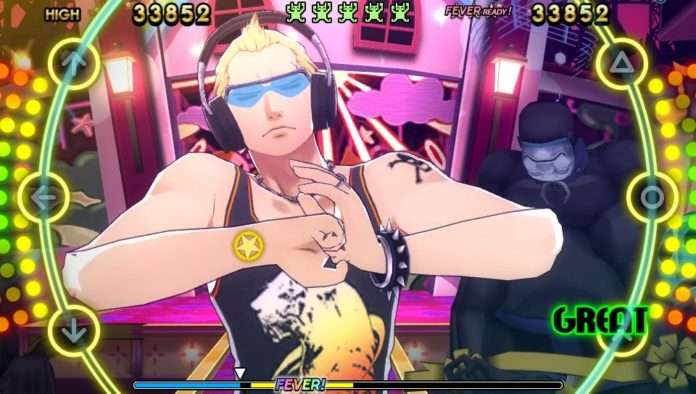 YA WANT SOME?! WELL OK THEN! Up next on the Midnight Stage is Kanji Tatsumi! The notorious delinquent has a tough exterior, but deep down, Kanji has a soft spot for anything cute, which is why he won’t let anyone stop him from rescuing the members of Kanamin Kitchen! Persona 4 fans get a chance to see Kanji prove he’s all man with his powerful dance moves as he and his Persona defeat Shadows and bring down the house!

Debuting next is Yu’s #1 Best Bro, Yosuke Hanamura! Despite his moments of clumsiness in Persona 4, Yosuke is agile and specializes in fast-paced songs. He comes into Persona 4: Dancing All Night strong with some stylish hip-hop inspired dance moves! Team up with Yosuke and the rest of the Investigation Team as they dance their way to rescue Kanamin Kitchen. Check out his trailer video to see him strut his stuff in some hilarious costumes!