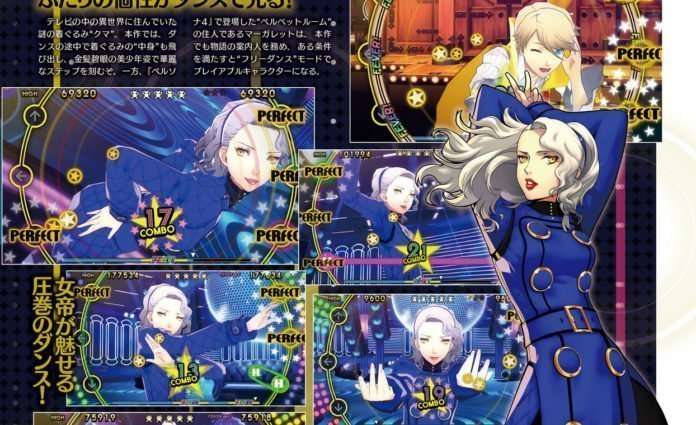 Scans from this week’s Weekly Famitsu magazine issue #1381 show off the characters’ alternate cross-dressing costumes and their Velvet Room outfits, as well as Margaret and Human Teddie in action. This follows yesterday’s confirmation of Margaret being a playable character in Persona 4: Dancing All Night, and the Famitsu magazine leak detailing new DLC costumes and songs. 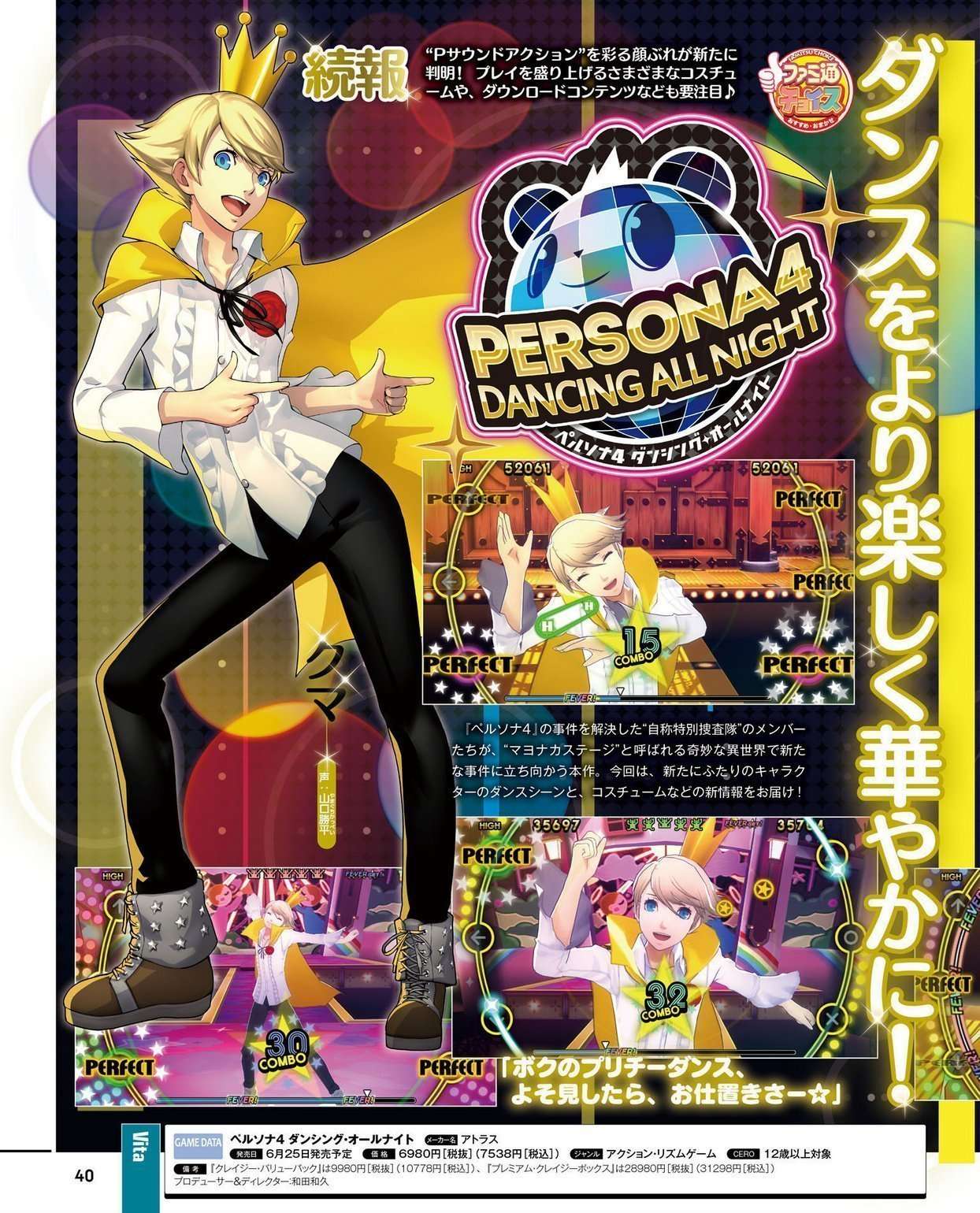 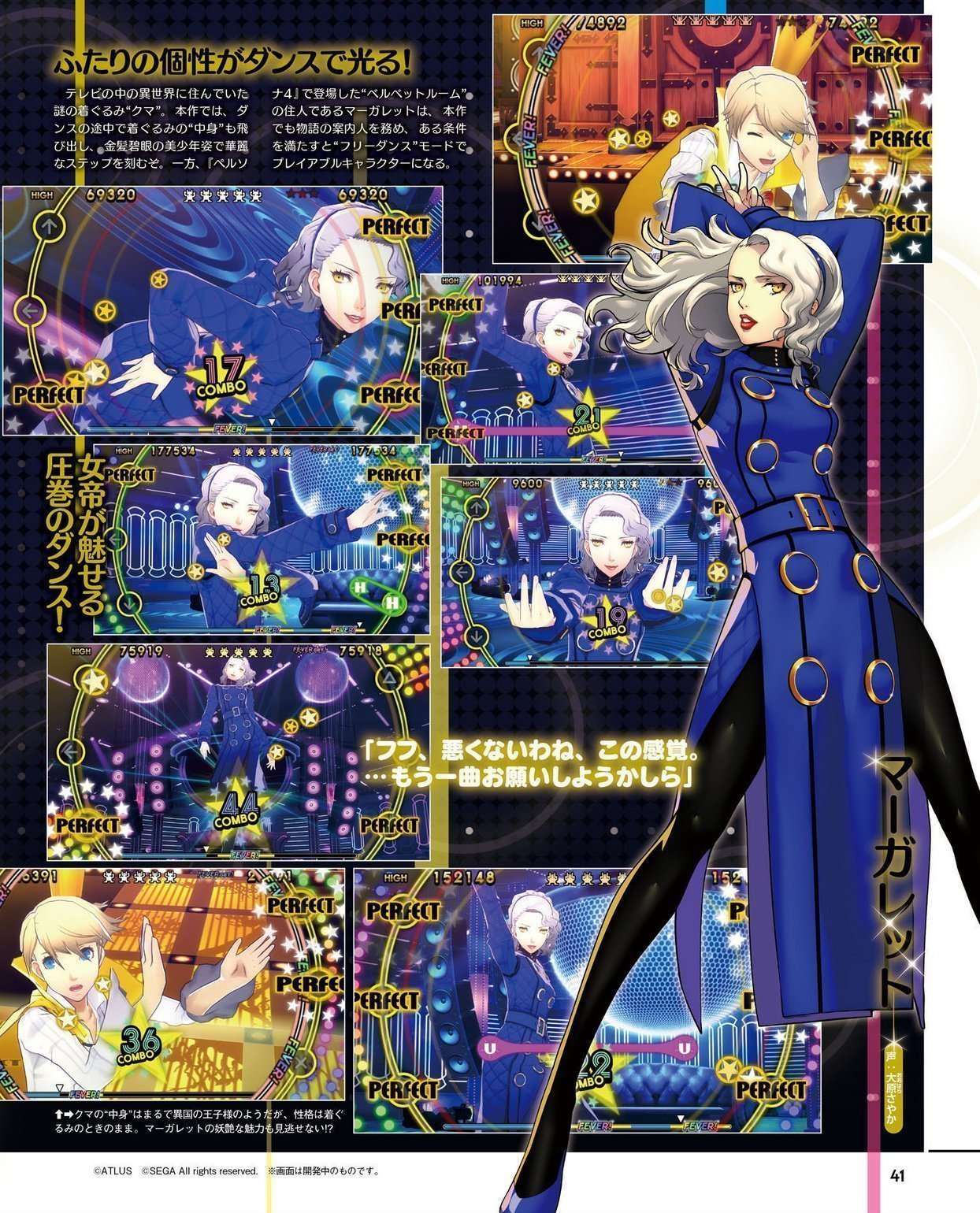 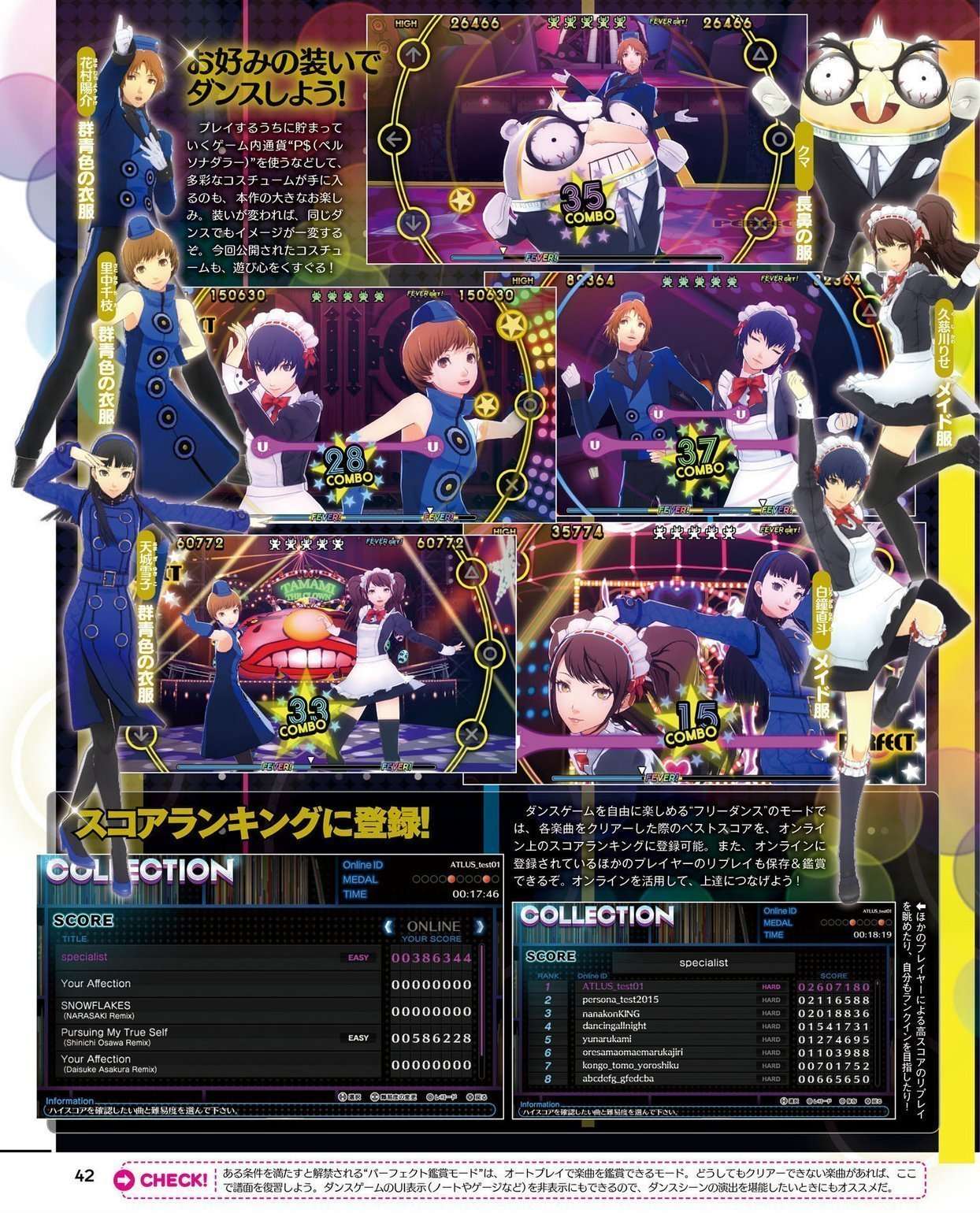 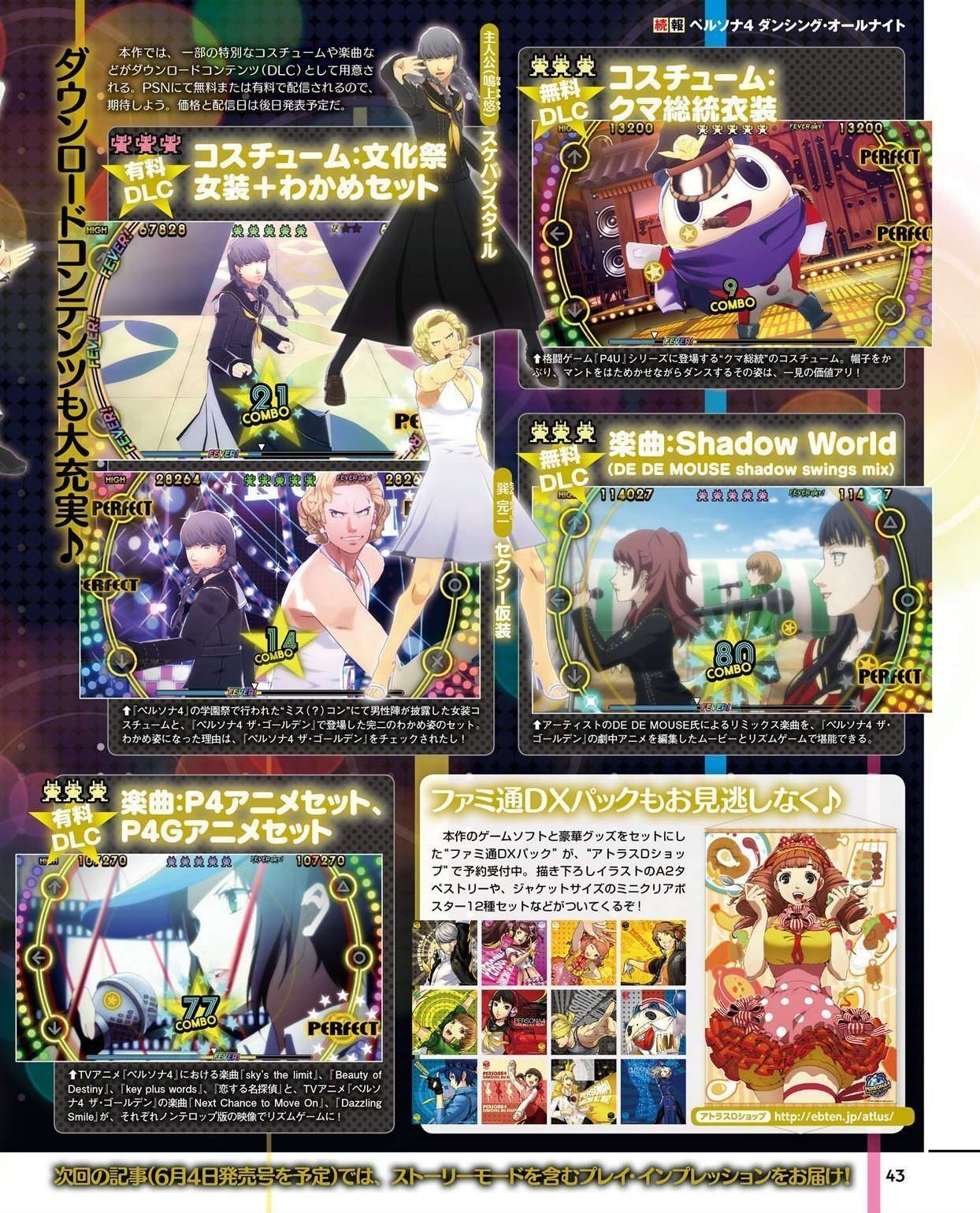 The above scans also reveal the game’s online leaderboards, where players will be able to see each others’ scores online, and the visuals for the free DLC song “Shadow World” (DE DE MOUSE shadow swings mix). They also show off the finished set of clear mini posters and the A2 size Kanami Mashita tapestry, which come with the game’s Famitsu DX Pack that was revealed previously.

Last month Famitsu had a similar unveiling in their issue #1376, showing off Nanako Dojima and the members of the Kanamin Kitchen idol group.