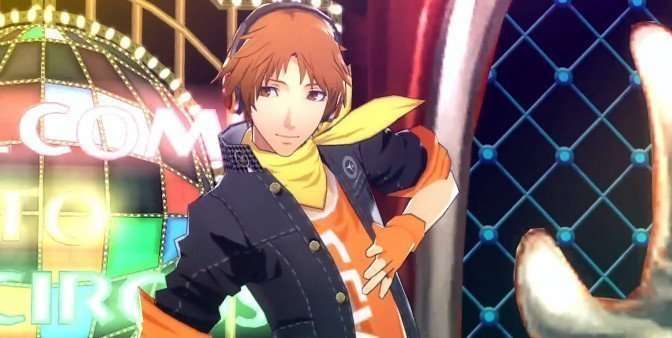 Following last week’s Persona 4: Dancing All Night update consisting of tutorial videos and DLC costumes, this week’s is of a new character trailer for Yosuke Hanamura, along with an update to the official website.

The trailer features Yosuke dancing in his Festival costume, his Junes Apron costume and his Halloween costume, as well as story scenes of his in the game.

The character pages on the official website have been updated with a small, “Costume Change!” section to view alternate costumes. Currently, Yosuke’s Junes costume is the only new costume featured.

Additionally, the Music page has been updated on the official website with the song featured in today’s trailer: Your Affection (ArrangeCD: “Never More” ver.) (Main character: Yosuke Hanamura; BPM: 128).

This update also follows the new Yukiko Amagi and Naoto Shirogane screenshots, with those characters featured in this week’s issue of Famitsu magazine.

Persona 4: Dancing All Night is slated for a Japanese release on June 25th, and is also planned for a North American release later this year. A special Blu-ray movie disc for Persona 5 will be included with every first-print copy of the game in Japan.