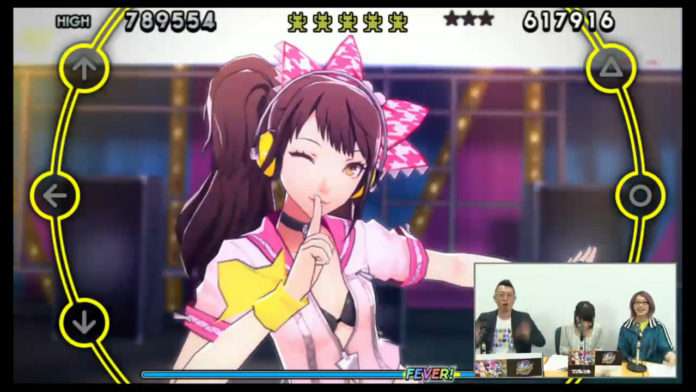 Dengeki had a live stream yesterday showing off upcoming downloadable content for Persona 4: Dancing All Night, with the guest appearance of voice actress Sawako Hata (who played the songs in P4D). This follows last week’s stream where they did the same.

At the 27:00 timestamp in the video, they showed off an extended version of the music video for Backside Of The TV (Lotus Juice Remix) as a playable song in the game. 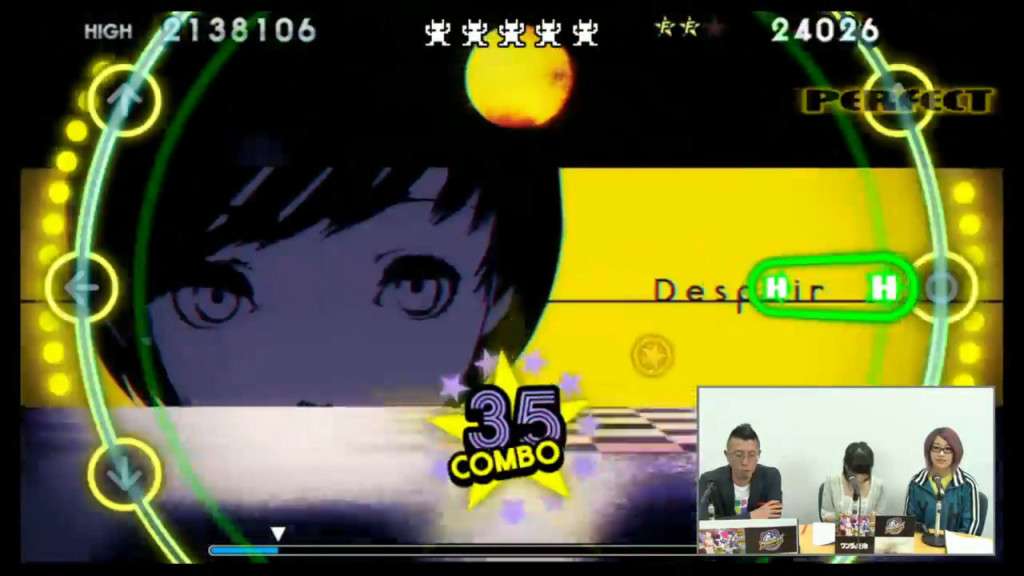 The 12 videos that will be available for download on July 23 are extended versions of the previously shown music videos for the Persona 4: Dancing All Night song remixes. They will cost 100 yen each, and enable the visual option to switch from the characters dancing to a song to the music video.

At the 31:40 timestamp, they showed both songs included with the “P4G Anime Set” Persona 4: Dancing All Night music DLC: “Next Chance to Move On” (P4GA opening) and “Dazzling Smile” (P4GA ending). 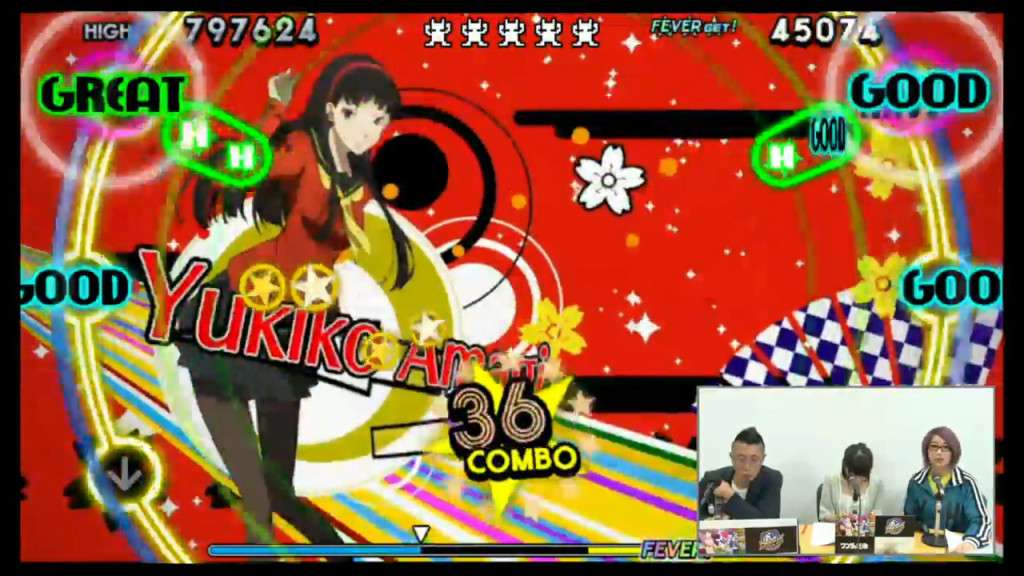 At 36:40, they showed off the True Story (ATLUS Kozuka Remix) DLC song, with Rise Kujikawa as its main dancer. 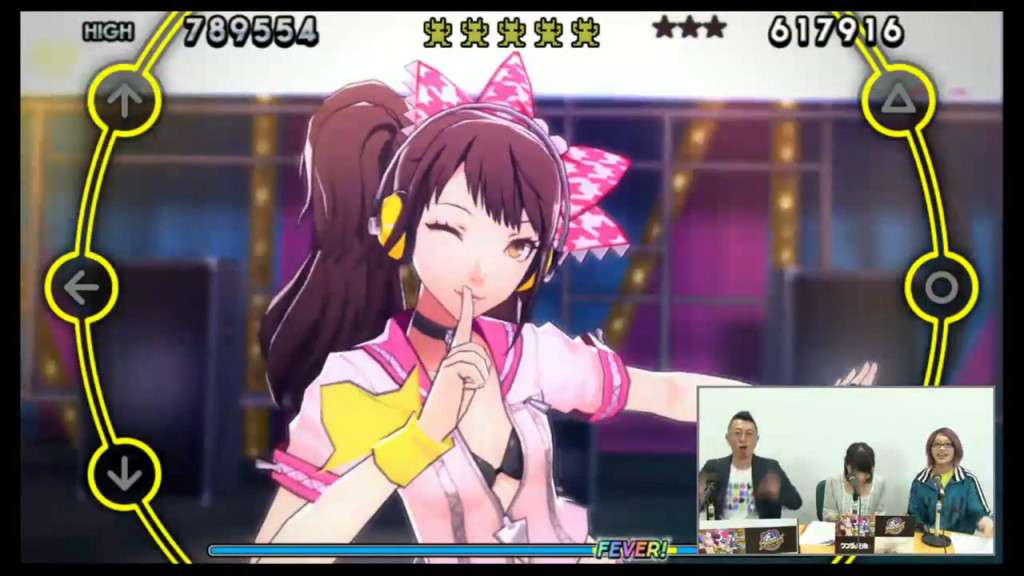 The song will be available for download on July 23 for 500 yen. 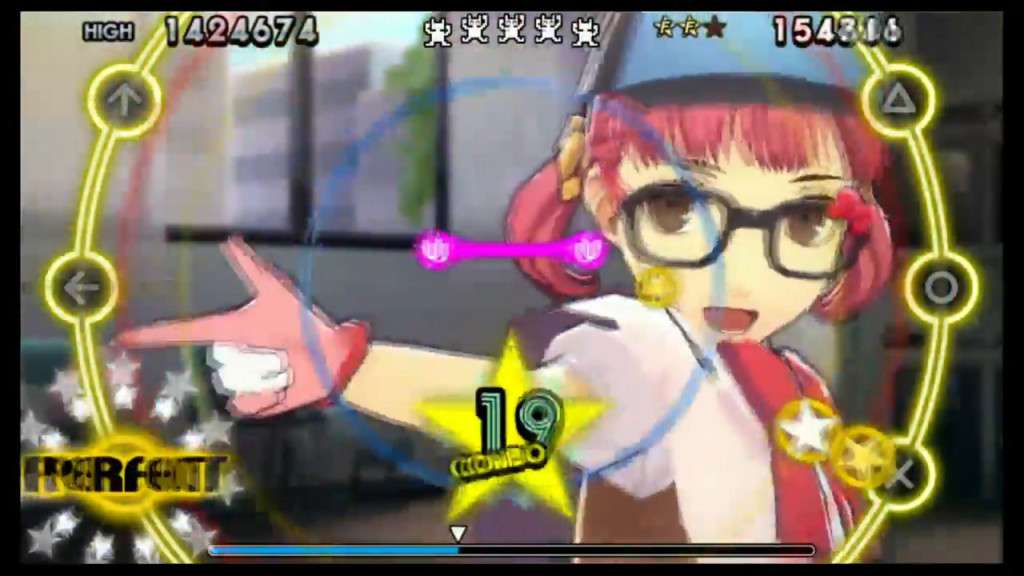 In addition to Nanako at 46:17, they show off Yukiko Amagi dancing to Snowflakes with a blonde colored wig at 52:00. 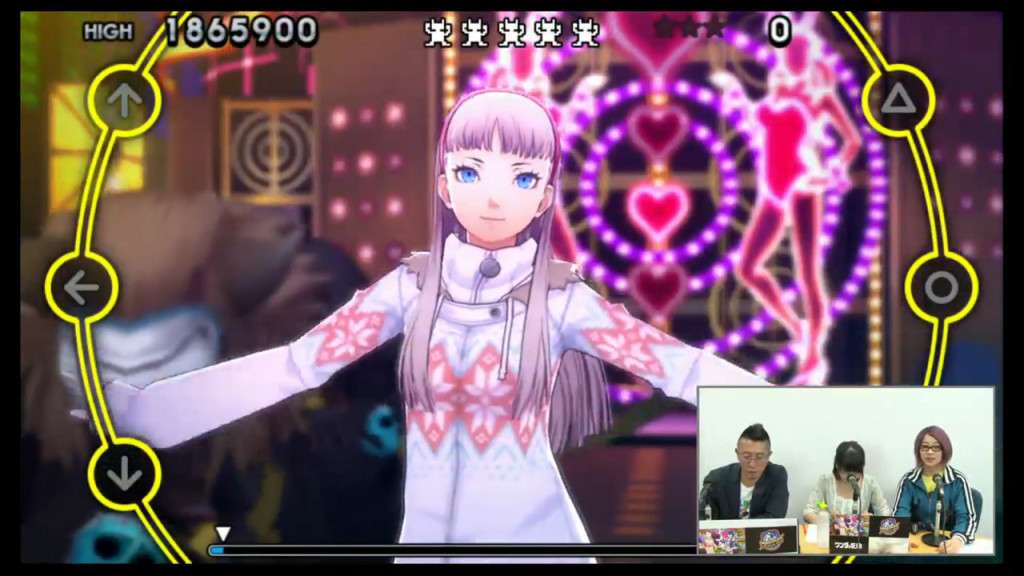 The Colored Wigs accessory set will be available for download on July 23 for 500 yen. 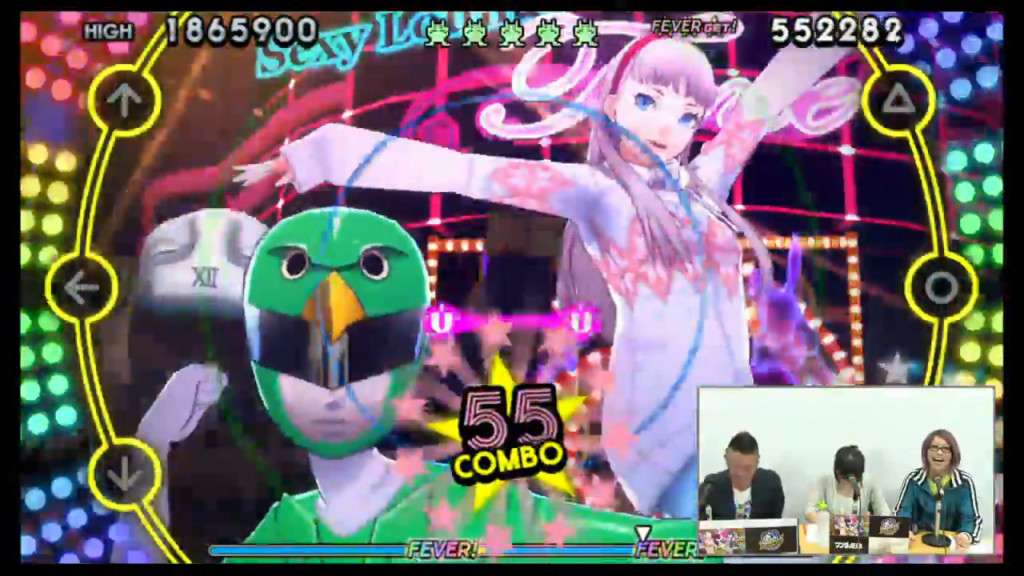 The costume set will be available as free DLC on July 23.

Additional screenshots for the downloadable content that launched today have been released by Famitsu:

For more information regarding the upcoming Persona 4: Dancing All Night DLC in Japan, check out the comprehensive DLC schedule.