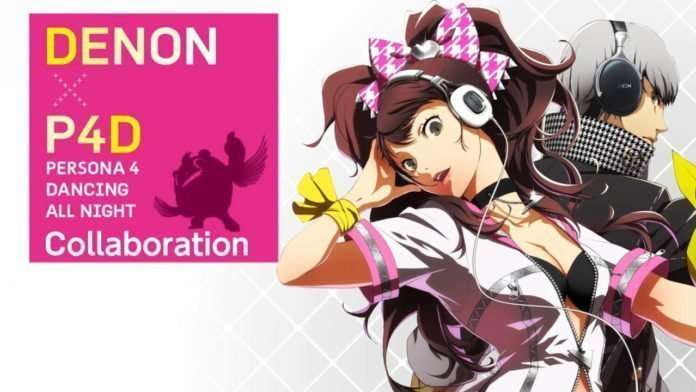 Atlus has uploaded a new trailer featuring in-game DENON headphones, following the Persona 4: Dancing All Night X DENON collaboration announcement. The announcement lead to last weekend’s Spring Headphone Festival 2015, where a demo of the game was made available to the public for the first time.

The new promotional video features the song Time To Make History (AKIRA YAMAOKA Remix). It also shows off the playable characters wearing the four different DENON headphones that are available in Persona 4: Dancing All Night. The PV has been updated to the official website’s “Special” page, as well.

Additionally, some cast members have been revealed for the previously announced P4D Pre-launch Stream:

There will also be other unannounced members of the Atlus development team present during the stream on June 23, 2015.