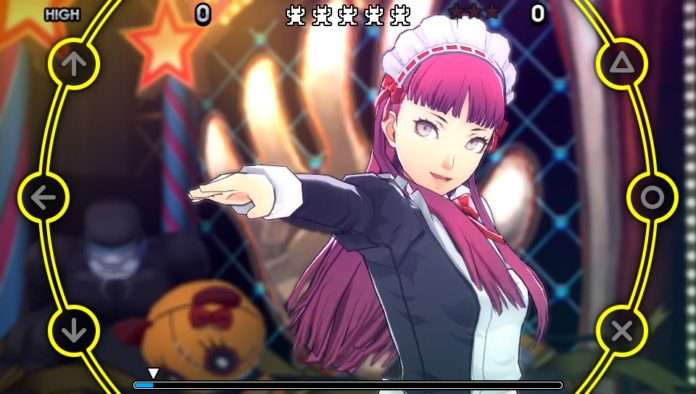 Atlus USA has released the English Persona 4: Dancing All Night trailer for Yukiko Amagi. Additionally, upcoming free downloadable content (Swimsuit costumes) for the North American version of the game has been announced.

From demure innkeeper to unstoppable on the dance floor, Chie’s best friend Yukiko Amagi is in the spotlight for this character video. Known for her elegance and beauty, Yukiko definitely emanates class and grace infusing ballet and traditional Japanese dance into her routines! Yukiko cares for her friends and family deeply, and vows to become stronger to protect everyone around her — she doesn’t hesitate to help when Yu and the Investigation Team venture into the Midnight Stage to save Kanamin Kitchen!

Like previous Persona titles (Q, Ultimax) and other ATLUS titles released this year (so much free launch DLC! We love you all!), Persona 4: Dancing All Night will have a set of free DLC at launch! Specifically, the Girls’ Swimsuit Set! DLC only affects Free Dance Mode, but it allows you to take full control of your character’s look and their dance partner’s look as well! Costumes are a big part of in-game items as well as DLC, so you’re not going to want to miss out on this! But act quickly, the free launch DLC will only last for ONE week following the game’s launch on Sept. 29.
The Girls’ Swimsuit Set unlocks the swimsuit costumes for Rise, Yukiko, Chie, and Naoto!

A DLC schedule for the Japanese version of Persona 4: Dancing All Night was previously revealed in June.