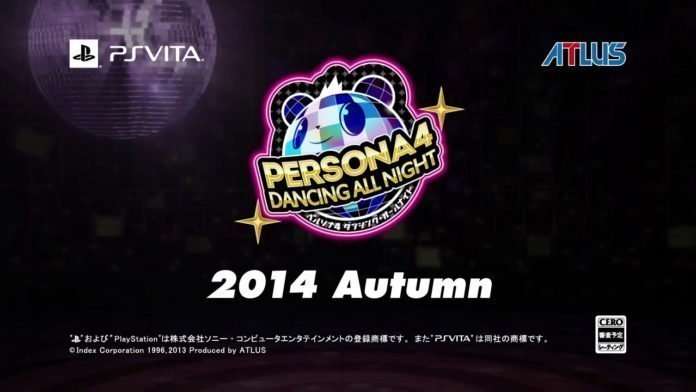 Persona 4: Dancing All Night is a PS Vita game in development by the developer responsible for the Hatsune Miku games known as Dingo.

According to Gematsu, the story goes as follows:

The story is set half a year after Persona 4, when Rise Kujikawa returns to the world of show business. Rumors begin spreading of a mysterious video on a certain website, which watched at midnight transports viewers to the “other side,” never to awaken again. And members of Rise’s idol group “Kanamin Kitchen” start to disappear.

Persona 4 characters like Yu Narukami and Rise, as well as new junior idol character Kanami Mashita, are confirmed to appear as players “Battle Dance” against shadows in a mysterious world known as the “Mayonaka Stage.”

The debut trailer can be found below and the official website, here.