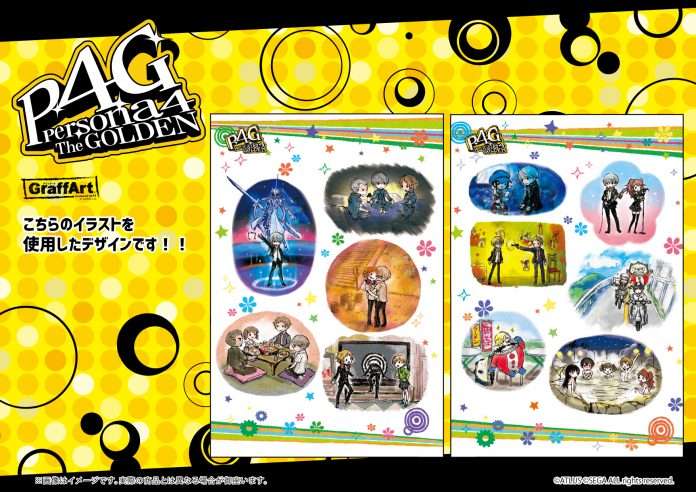 Event and PR company A3 have announced a new range of Persona 4 Golden merchandise to be available from their Ikebukuro store, as well as from GraffArt’s online store from August 29, 2020.

The merchandise depicts key scenes from Persona 4 Golden in the GraffArt style. 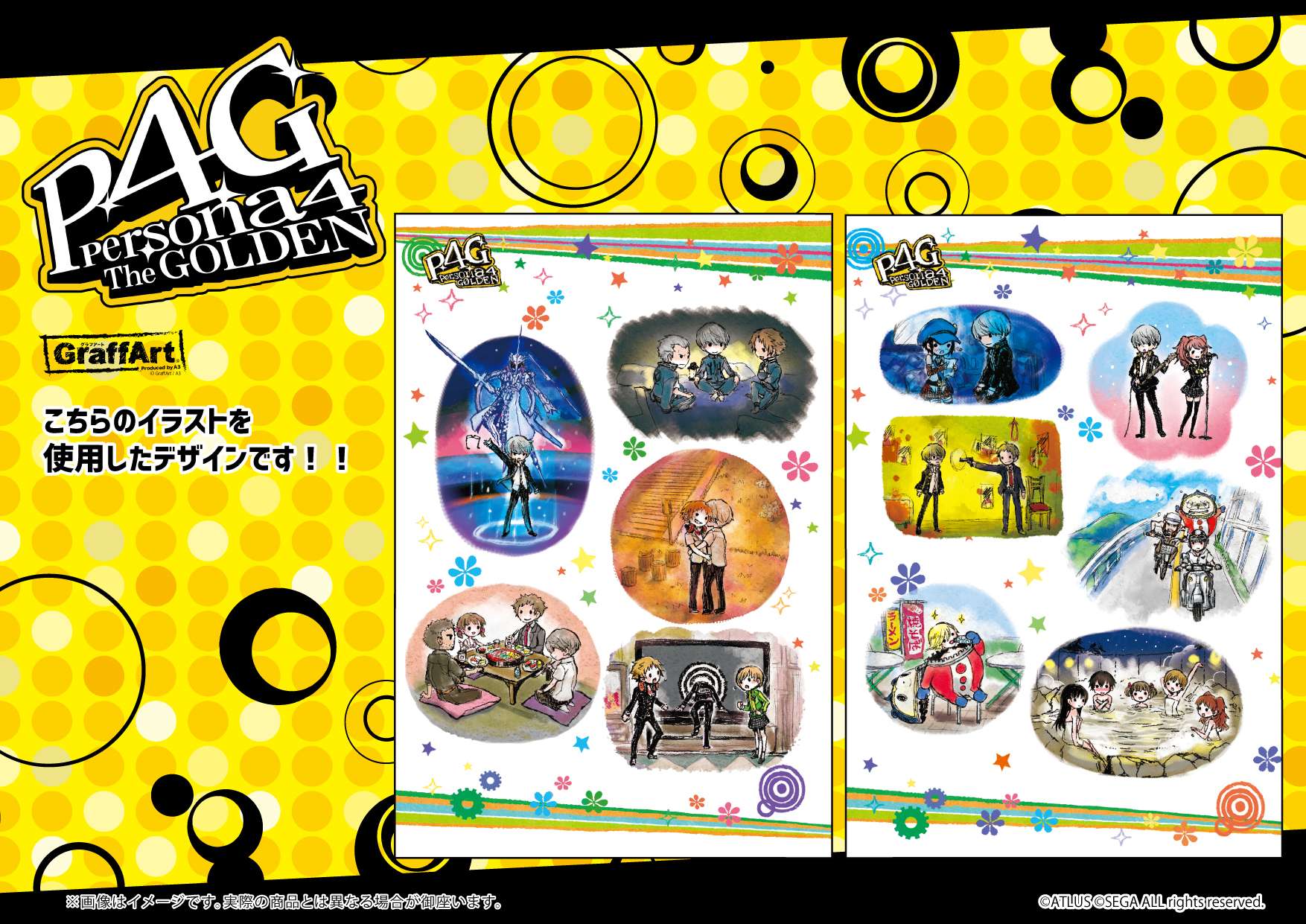 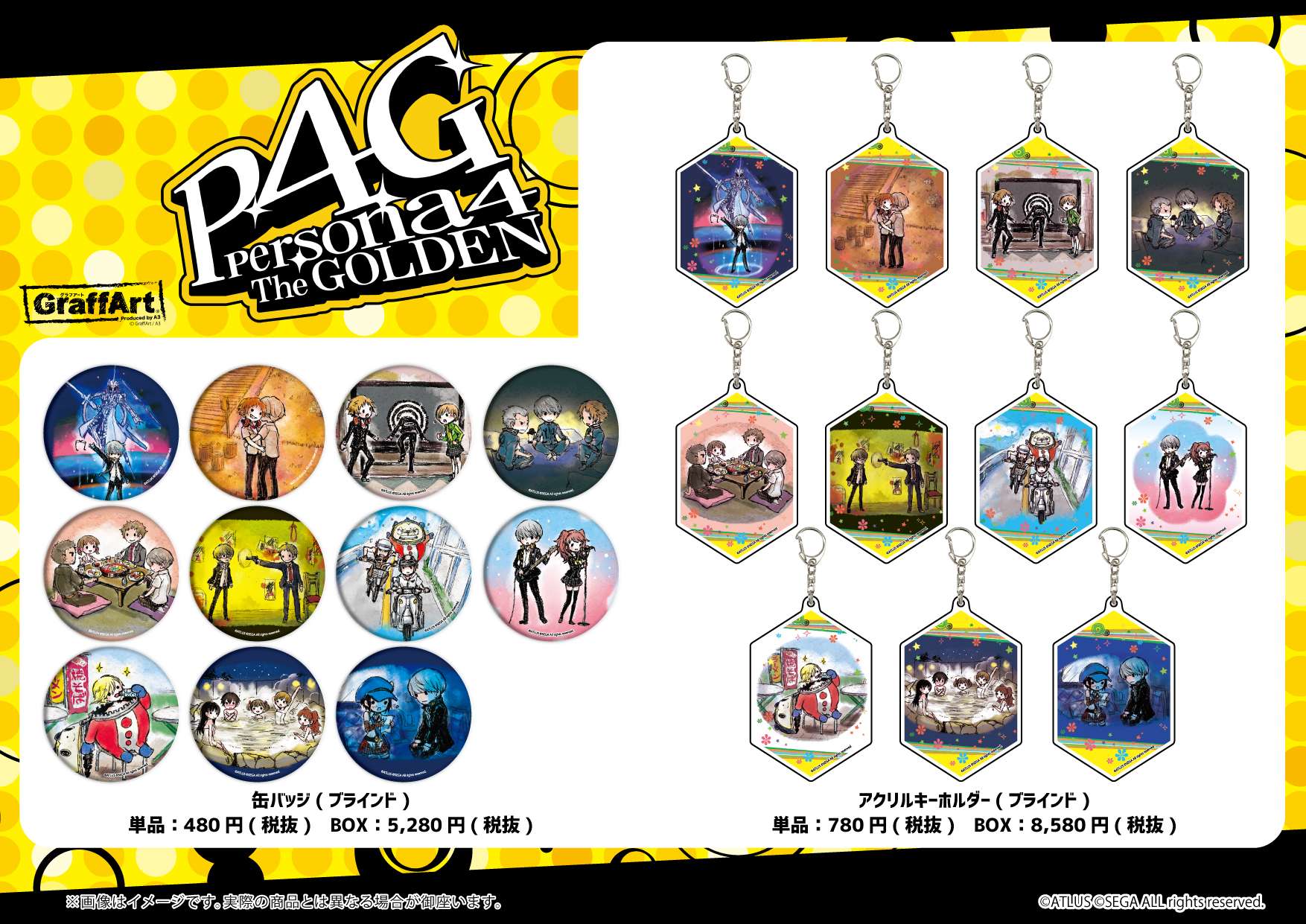 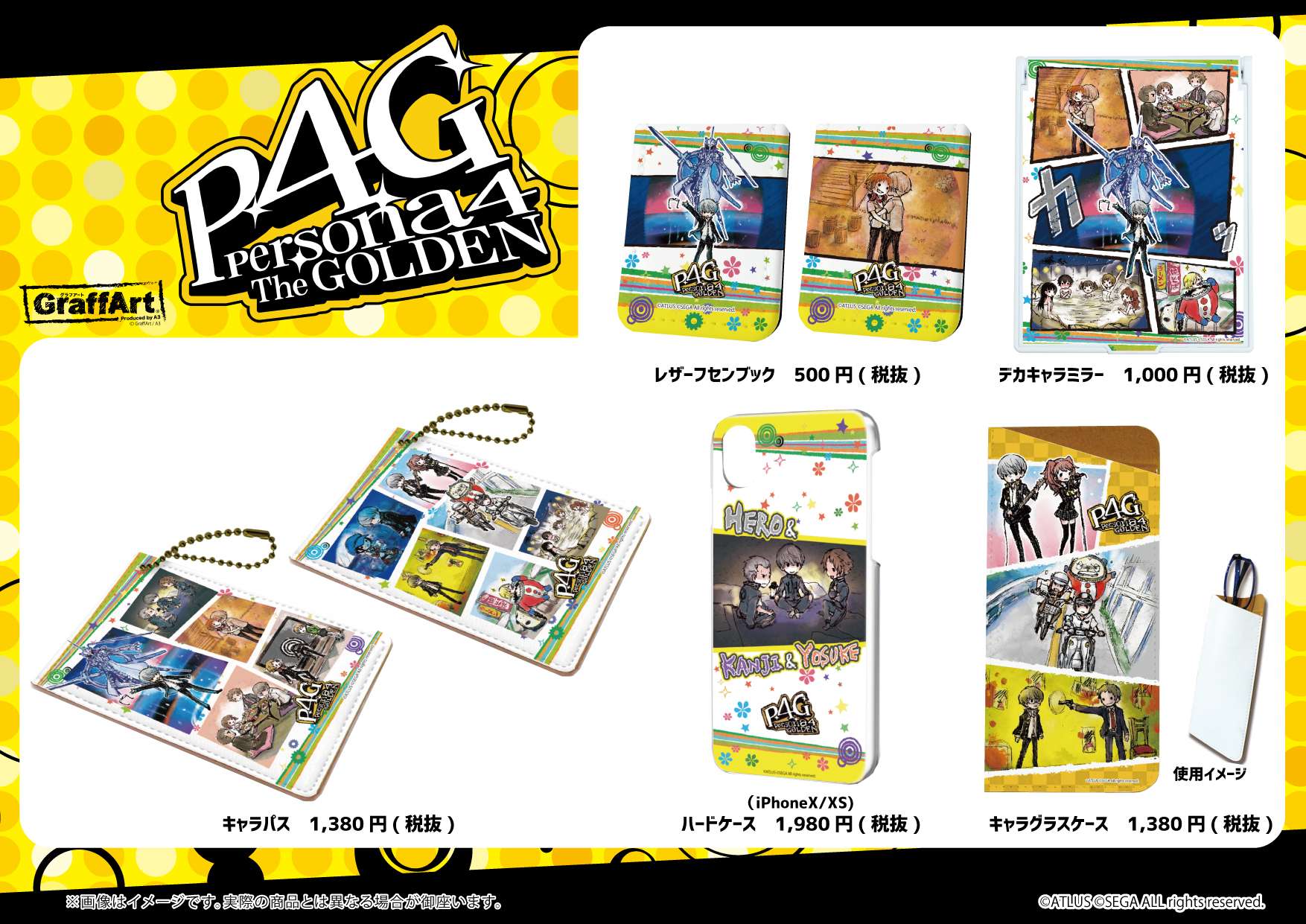 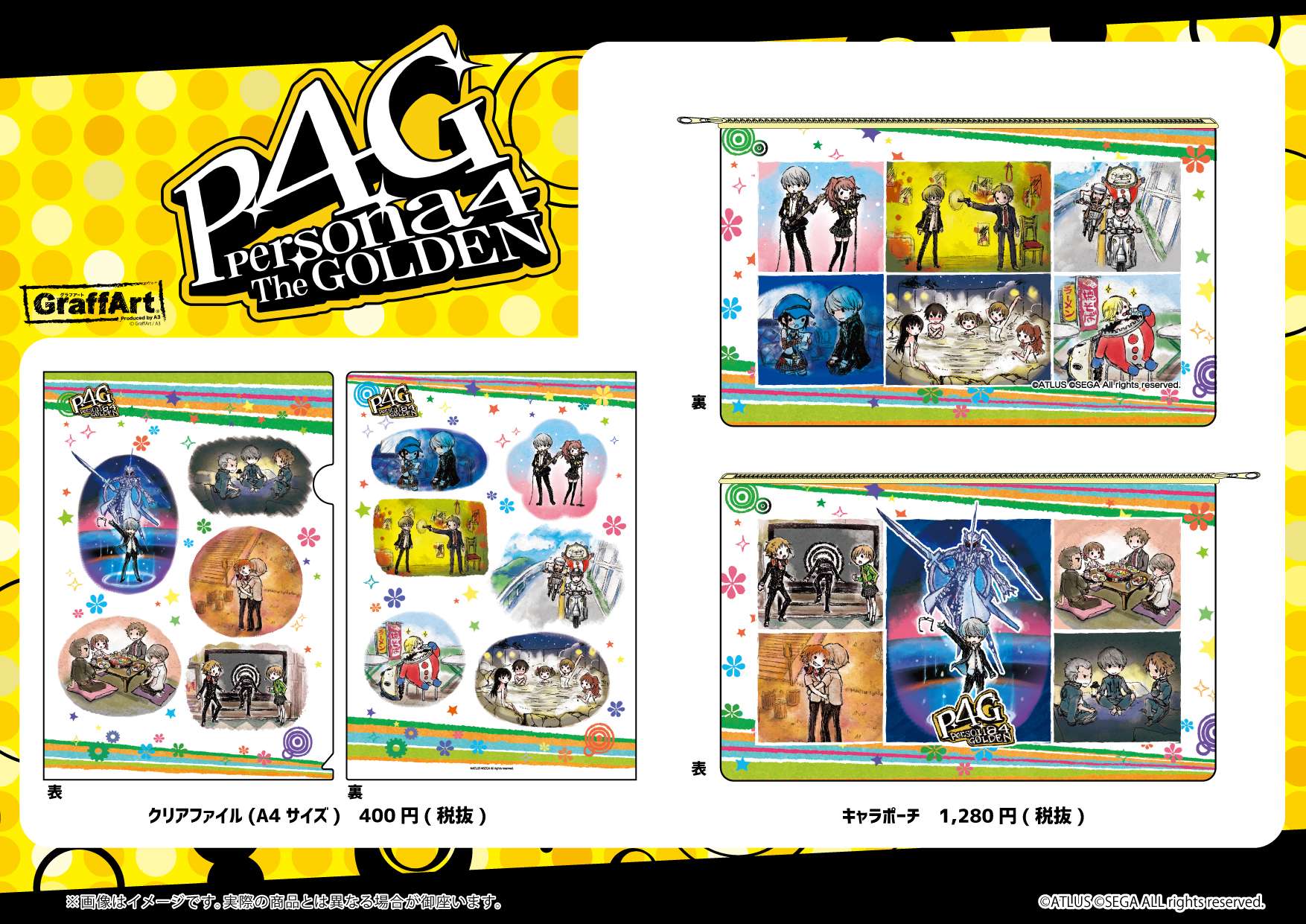 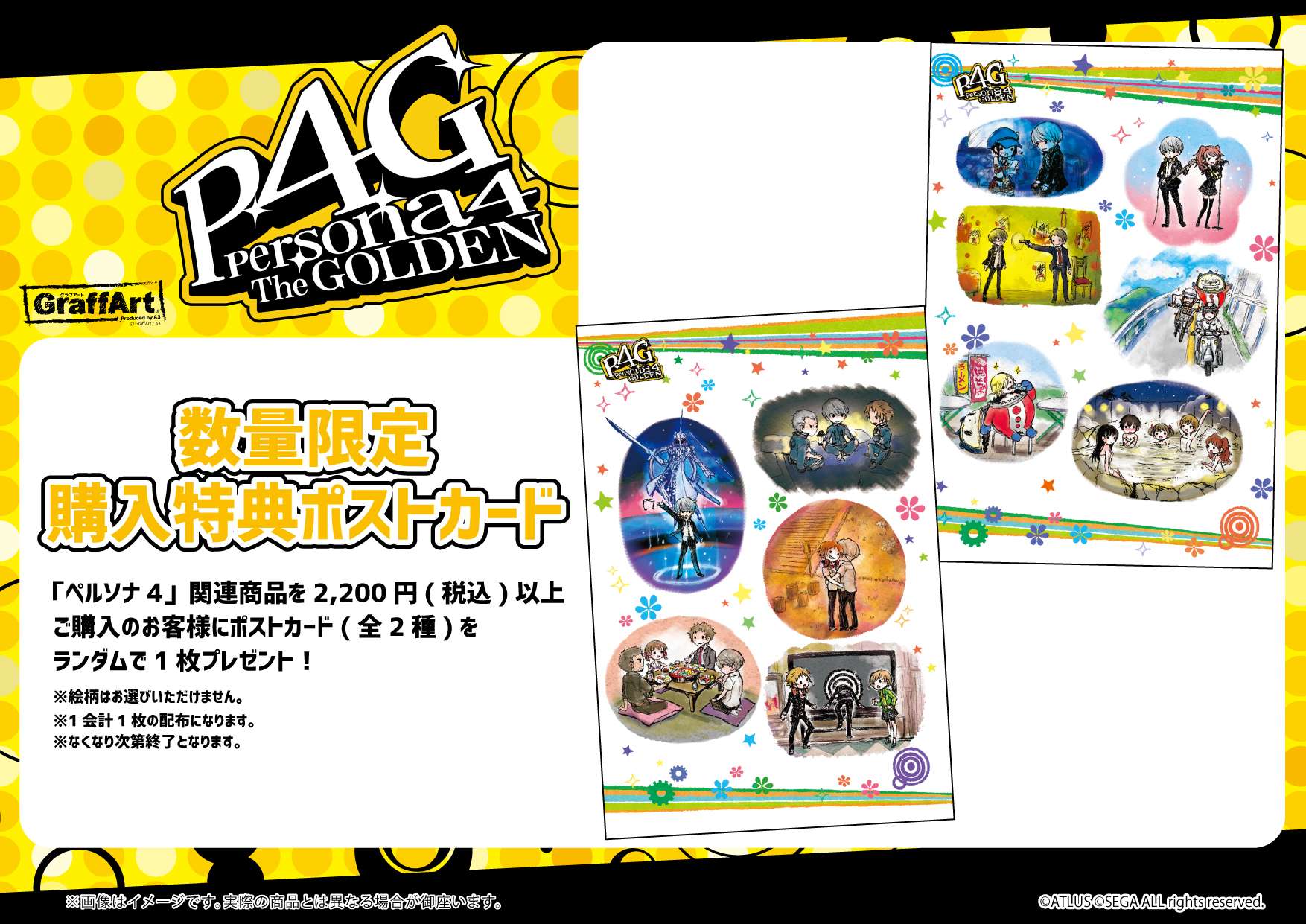 A random postcard will be given to customers spending 2,200 yen or more on Persona 4 merchandise. This is only available for purchases made in-store.