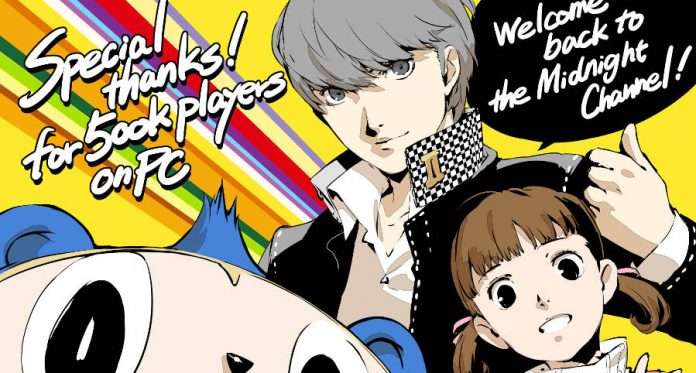 Atlus West has officially announced that the Steam release of Persona 4 Golden a month ago on June 13, 2020 has surpassed 500k players on PC worldwide. According to Steam Charts, Persona 4 Golden had reached an all-time peak of concurrent players of 29,984 on June 14th.

As reported previously, Atlus considered Persona 4 Golden on Steam a success a week after its release.  From the Steam digital sales estimate website Steam Spy, Persona 4 Golden had sold around 200k – 500k copies on PC as of June 19th. According to this announcement, the game has sold around 500k digital copies through Steam.

Previously, the latest official sales milestone announced for Persona 4 Golden was 700k copies shipped worldwide as of December 2013, more than a year after its original PlayStation Vita release in June 2012. The Steam numbers represent a significant portion of the original release’s total sales.

To celebrate the milestone, character designer Shigenori Soejima has provided an original sketch welcoming players back to the Midnight Channel. 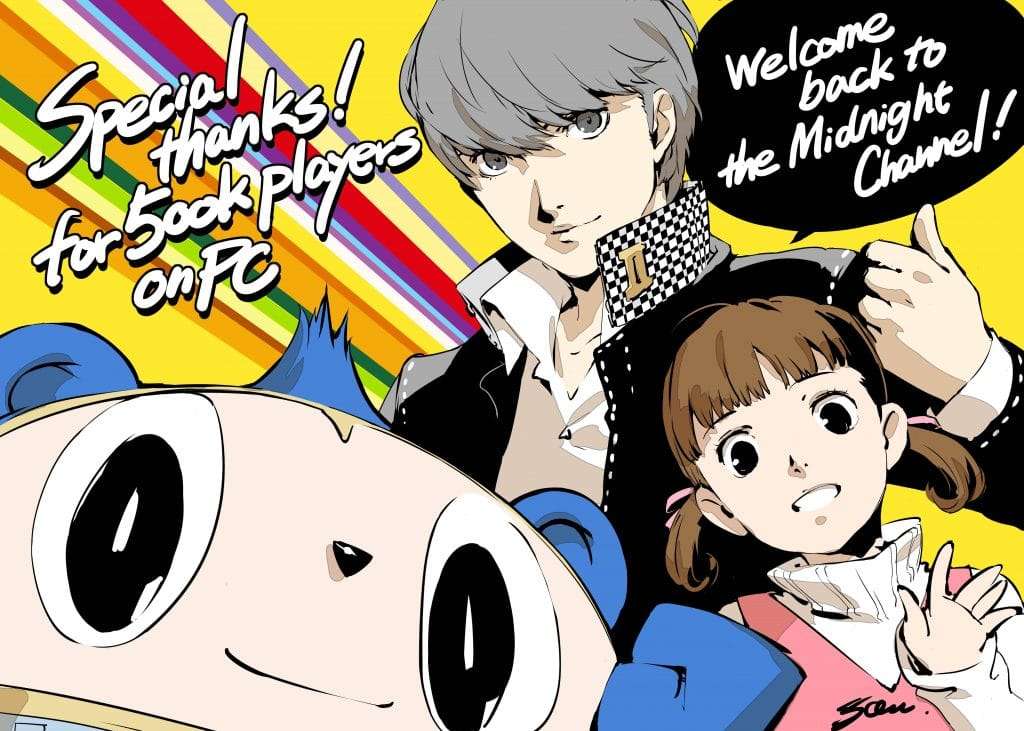 Atlus recently made a creator’s page on Steam. That and a shift to an internal focus on port development work could hint at a push towards future releases in the same vein as the newly released Persona 4 Golden. In June 2019, Sega commented that following the satisfactory results of Catherine Classic, Atlus now had the information they could use to evaluate their own road map for future PC development.