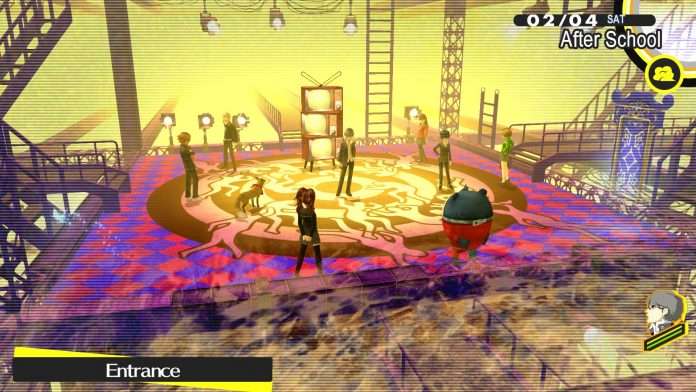 Persona 4 Golden was recently released worldwide for the PC via Steam on June 13, 2020, eight years after the game’s original PlayStation Vita release in June 2012. This is the second modern Atlus developed game to be ported to the PC, following Catherine Classic in January 2019. However, there are notable differences between the staff members responsible for the PC port of Catherine Classic and Persona 4 Golden‘s.

As a result, Catherine Classic was never promoted by Atlus Japan and it was also region locked and inaccessible to Japan.

But starting with the second PC port, the Steam edition of Persona 4 Golden, the game is also available for download in Japan. The credits also highlight an important difference in the lead developers compared to Catherine Classic: this time, the team responsible for P4G was directed internally by Atlus Japan.

Seemingly, the brunt of the actual port development work was outsourced to the Japanese multi-platform company Preapp Partners.

Naturally, members of Sega America and Sega Europe also had a part in the production of Persona 4 Golden for the PC. However, the credits show that the creative direction was primarily Atlus Japan’s, and specifically members of the Persona Team.

Complementing this is the addition of the P Studio logo during the Persona 4 Golden Steam Edition startup sequence. This logo only started appearing in Persona games with Persona Q: Shadow of the Labyrinth in June 2014 (after the release of P4G in June 2012).

Notably, Catherine Classic did not add the Studio Zero logo, the Atlus development team responsible for Catherine: Full Body, in its startup sequence.

Unlike with Catherine Classic, this time Atlus Japan is actively promoting Persona 4 Golden for the PC. A news post for it was made on the Persona Channel, and the Persona series Twitter account has changed its avatar and header to specifically promote the game.

Atlus has recently made a creator’s page on Steam. That and a shift to an internal focus on port development work could hint at a push towards future releases in the same vein as the newly released Persona 4 Golden. In June 2019, Sega commented that following the satisfactory results of Catherine Classic, Atlus now had the information they could use to evaluate their own road map for future PC development.