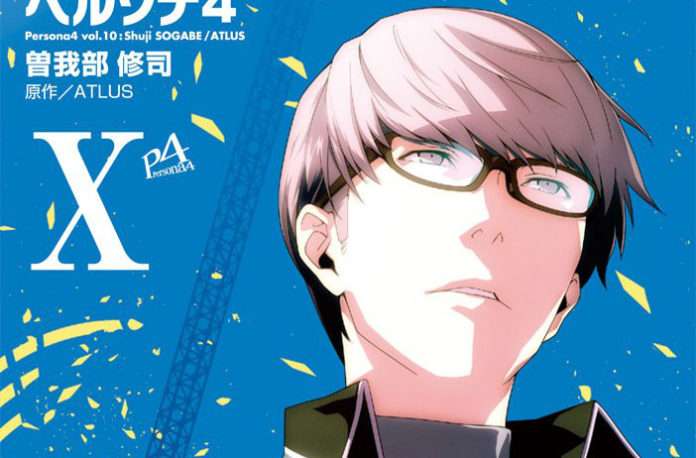 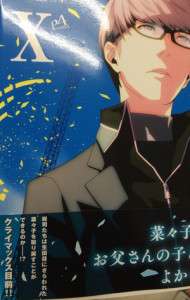 Following the release of the Persona 4 Manga Vol. 10 on July 27, 2015 in Japan, the last issue of the series has been announced through a wraparound jacket band around the tenth compiled volume for the manga.

Much like how the end of the Persona 3 Manga was teased earlier this year by the author Shuji Sogabe after eight years of its publication, the Persona 4 Manga is created by the same illustrator and Vol. 11 will be the final issue since it started in September 2008.

The Persona 4 Manga has recently been announced for an English localization by the publisher Udon Entertainment, releasing on a bi-monthly frequency starting on October 13, 2015.

Following a string of mysterious murders, transfer student Soji Seta and his new friends have followed the legend of the Midnight Channel and found themselves pulled into another dimension! In this twisted TV world, a person’s innermost secrets materialize as a Shadow — an entity that may become a powerful ally, or something much worse…

The Persona 4 Manga debuted in Dengeki Black Maoh magazine by ASCII Media Works in September 2008, in Japan. The first volume will be released in English by Udon Entertainment on October 13, 2015.