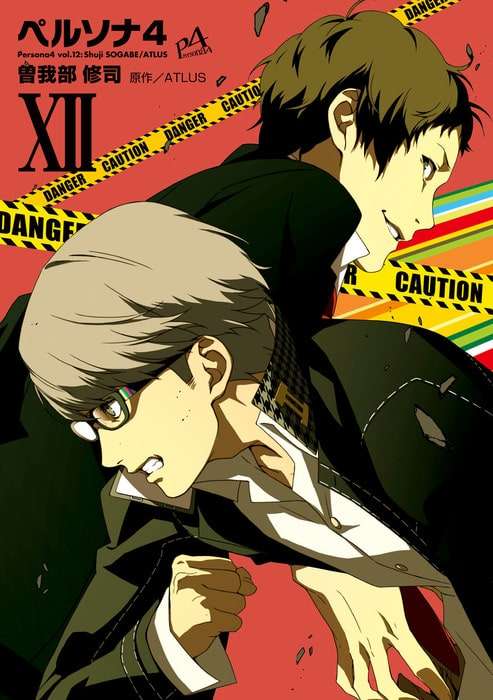 Following the announcement of the 12th and penultimate volume of the official Persona 4 manga adaptation—releasing later this month—its cover art has now been revealed.

Adachi escapes from Souji Seta and his companions who confronted him to hear the truth about the serial murder case. As he engages in pursuit, what awaits Souji!? Pay close attention to the quickly approaching climax!

Volume 11 of the manga was released on January 27, 2018, and with it was the announcement from author Shuji Sogabe that Volume 13 will be the final one of this series.