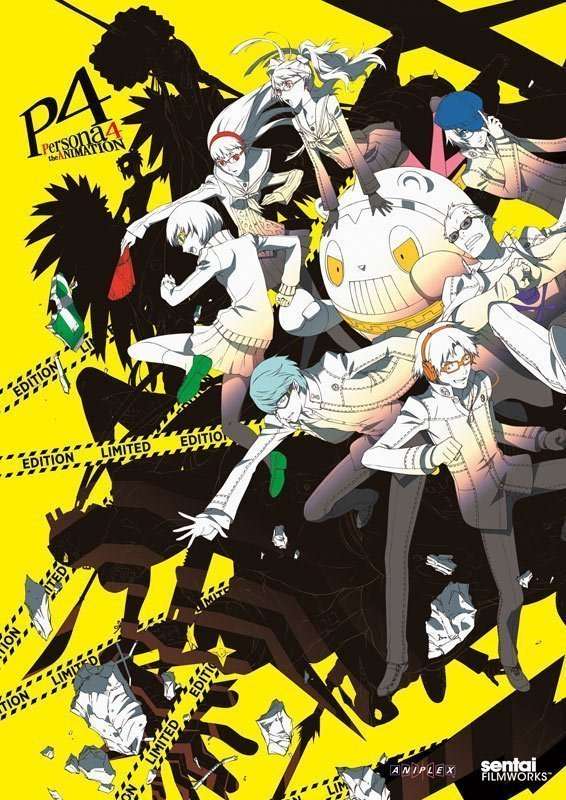 Releasing as a Blu-ray and DVD hybrid collection, it will include all 26 episodes of the first Persona 4 anime adaptation with English audio, Japanese audio and English subtitles. It will also include several special features.

Persona 4 The Animation Complete Collector’s Edition will release on September 29, 2015 and will be priced at a suggested retail price of $139.98 USD. Pre-orders are currently discounted to $83.99 USD on Right Stuf, while pre-orders through Sentai Filmworks’ website will become available on August 30, 2015.

When Yu Narukami moves to the country town of Inaba to stay with his uncle and cousin, he’s expecting more peace and quiet than he’s been used to in the big city. What he isn’t expecting is for his uncle’s job as a police detective to spill over into his own life. Or for the murders that are occurring across town to be somehow linked to Yu’s own strange experiences, odd local weather patterns, and a mysterious TV show world that seems to be attempting to get Yu to enter it!

Now, together with a new group of friends, Yu must plunge into a bizarre alternate reality where he gains unique abilities that will either help him solve the riddle of the mystery killer, or lead him to his doom.