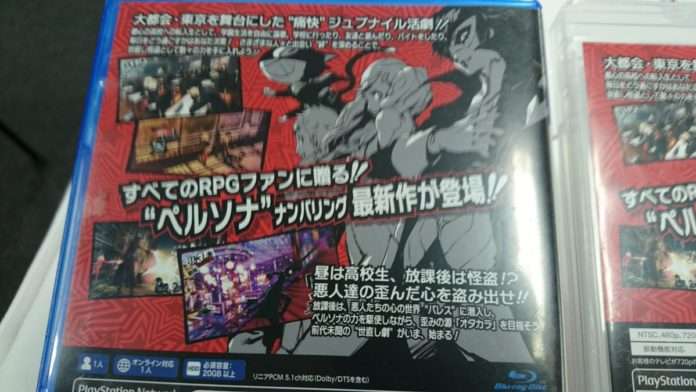 From a recent premium demo event for Persona 5, Twitter user @dolly_silent has taken pictures of the upcoming RPG’s Japanese back cover, revealing some install size details.

The PS4 version of Persona 5 will require a minimum 20GB of hard drive storage space for the installation of the disc version of the game. This does not represent the total file size of Persona 5, since the installation process will reserve more HDD space than the game actually takes up. Additionally, that does not cover potential additional storage space that might be needed for updates.

The PS4 version of the game will allow for 16 separate save files, with its own original save/load user interface instead of the normal PS4 UI.

The PS3 version of the game will require a mandatory install, requiring 4.6GB of HDD space for a physical copy.

Additionally, the PlayStation 3 version goes up to 720p in terms of resolution.

As previously reported, the back of the box shows that the game is rated “CERO C” (ages 15 and up) for “Crime” and “Drugs.”