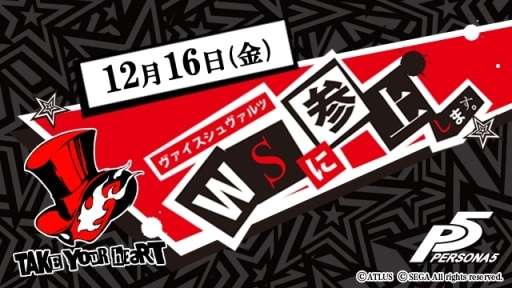 At Tokyo Game Show 2016, Persona 5 has been announced as a new series that will be added to the Weiss Schwarz Japanese card game on December 16, 2016. 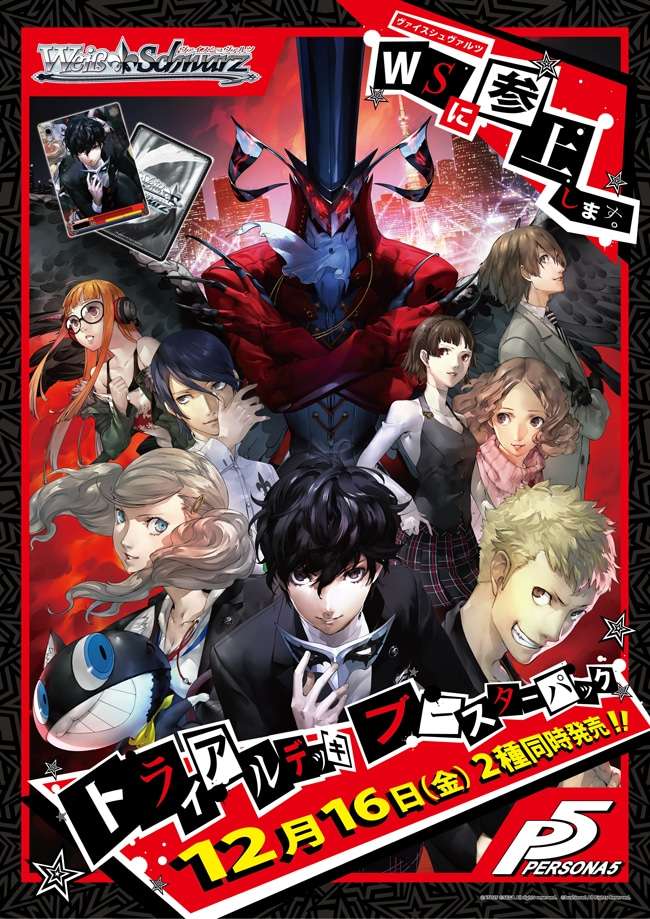 From the newest Atlus RPG set in the big city of Tokyo, with a student and Phantom Thief double life theme, Persona 5 will be added to Weiss Schwarz.

On December 16th, both a Trial Deck and a booster pack for the game will be released simultaneously.

Here is the official website’s page for the announcement.

Persona has been featured in the past through Weiss Schwarz, with cards for Persona 3, Persona 4, Persona 4 Arena, Persona Q and the Persona 4 anime.

The only English cards for the series was from the “Persona 4 E” booster pack and Trail Deck.