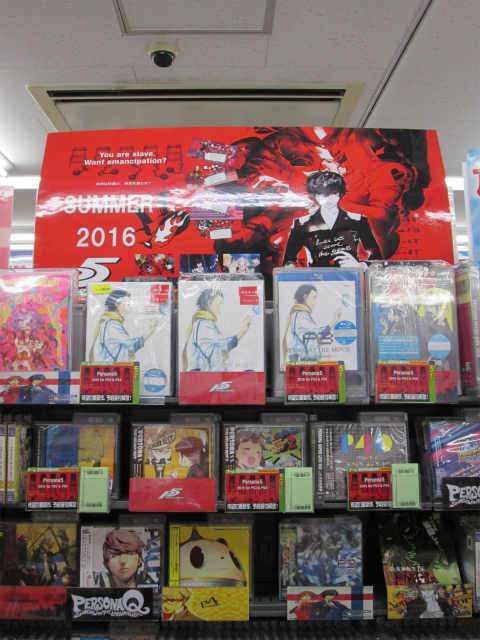 Animate—a major Japanese anime, games and manga retailer—has posted a statement on Twitter that, because the Persona 5 release date is steadily approaching, they have created an area in their store to promote Persona related merchandise.

The section in question is surrounded by Persona 5 advertising materials.

The above section shown on Twitter is located in one of the Animate stores in the Machida, Tokyo region.

This is the first direct advertising push for Persona 5 a major Japanese retailer has had since the game’s announcement on November 24, 2013, barring promotional campaigns like the “Hunt for the Phantom Thieves” event in September 2015.