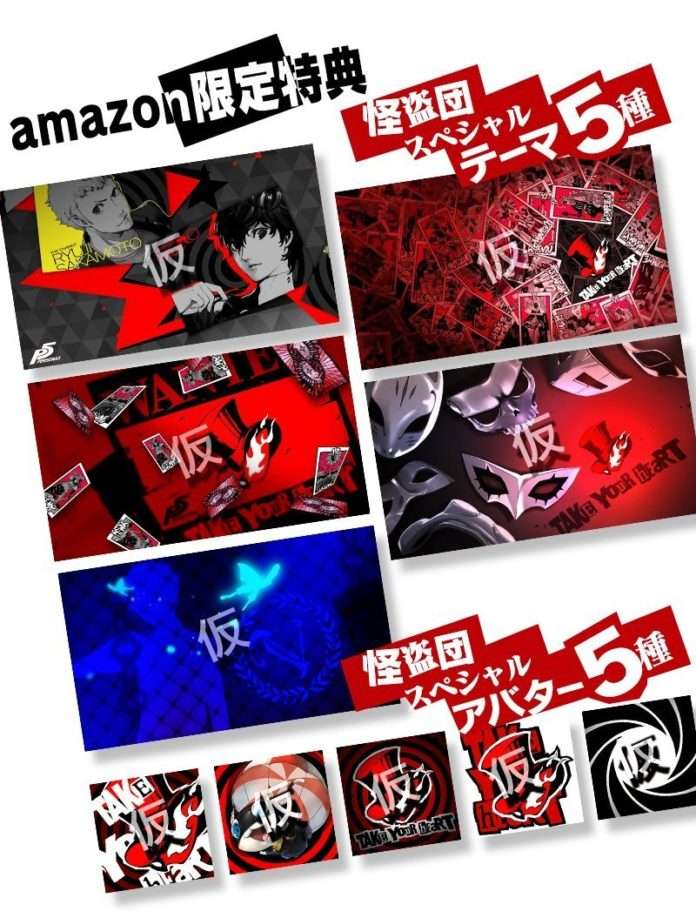 The Persona 5 pre-order bonus exclusive to Japanese retailer Amazon Japan has been revealed to be a special phantom thief theme as well as an avatar set. 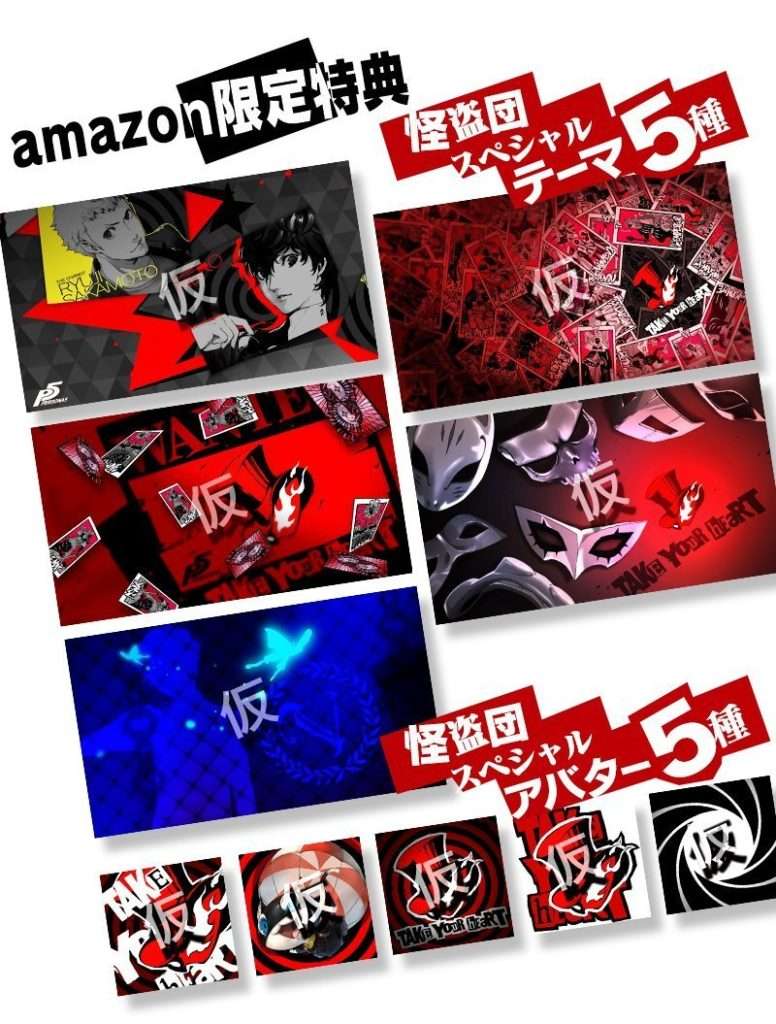 This follows the Stella Worth set pre-order item pictures, as well as the full list of Japanese retailer pre-order bonuses for the upcoming RPG.