Update (2016-09-04): A commercial for this announcement has been released, added to the bottom of this post.

The 30-minute anime special Persona 5 the Animation: The Day Breakers will be airing in  Japan tomorrow, on September 3rd, and news of a home release for it has been announced.

A DVD and Blu-ray release for the upcoming anime special, produced by studio A-1 Pictures, has been dated for release on December 7, 2016 in Japan. There will be multiple releases for it.

Additionally, a B2 poster for The Day Breakers will be given as a bonus with pre-orders for any of the releases.

Sold at 4,470 yen, this release also includes the following: 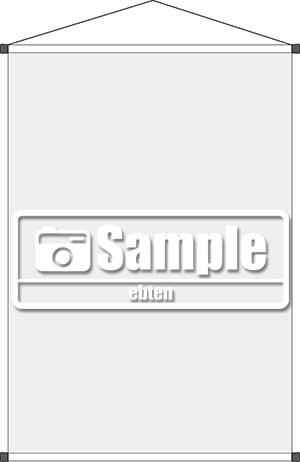 Sold at 5,550 yen, this release also includes the B3 size tapestry of the anime’s home release cover art.

There are also Tanaka’s Amazing Commodities (Aniplex) versions of the releases:

It will include unique bonuses which have not been announced as of yet.

The product is currently available for pre-order on: 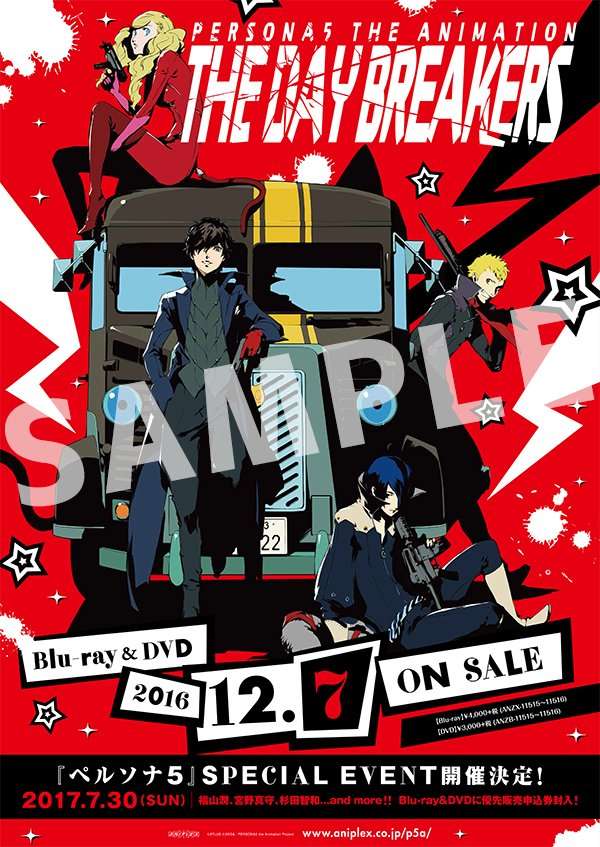 The limited edition home releases of the Persona 5 the Animation: The Day Breakers anime will include a priority sale offer for a ticket to a special The Day Breakers event which will take place on July 30, 2017.

Guests at this event will include:

More guests have been confirmed to be at the event being held in July 2017, as well.

The commercial released by Aniplex for the sale of the DVD/Blu-ray and the July 2017 event.

The anime debuts on television in Japan on September 3, 2016. It will have a special program interviewing Persona 5 game development staff members, as well as voice actors featured in the anime such as Jun Fukuyama, Miyano Mamoru, Nana Mizuki, Tomokazu Sugita, and more.

The show will be live streamed on September 3 on Niconico and on AbemaTV streaming services, exclusively for Japan.