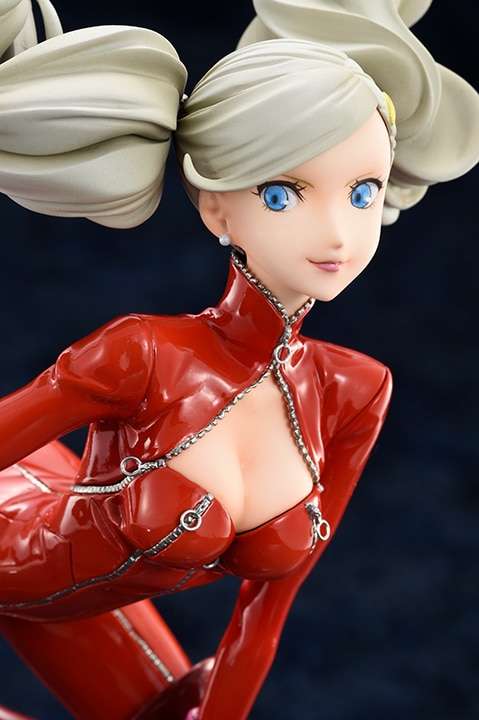 Following the announcement of the Persona 5 “Ann Takamaki Phantom Thief Ver.” scale figure at Mega Hobby EXPO 2016 Autumn, and the demonstration of its colored version at Wonder Festival 2017 Winter, new details and pictures for the Amakuni produced figure have surfaced.

Pre-orders for the figure have begun on April 25, 2017 via mail order at Hobby Japan. The figure will cost 13,800 yen (including tax), and the first shipments will be sent starting in the January to February 2018 range.

Representing Ann Takamaki in her phantom thief guise, the model’s texture reproduces the beautiful and faithful gloss of her costume. Her panther mask is removable, revealing her face. The figure’s design was supervised by character designer Shigenori Soejima, so that the figure could be definitive.