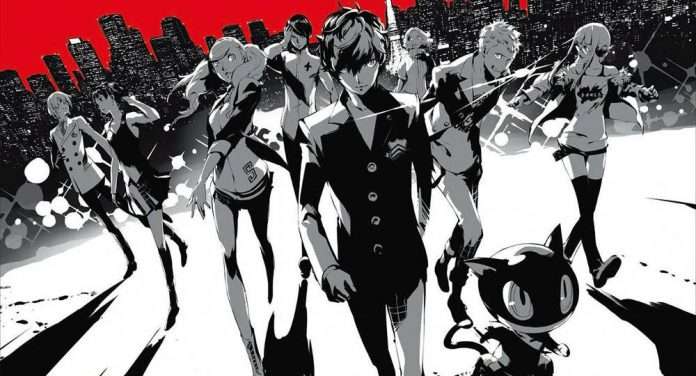 Ever since the reveal for Persona 5 with its debut preview trailer in February 2015, speculation on a P5 fighting game has been a topical undercurrent within the fandom.

After the recently released Persona 5 Royal on October 31, 2019, Persona 5 now mirrors most of the spin-offs and remake releases in the series, beginning with the advent of Persona 4 in July 2008:

Where Persona 5 differs is that there has yet to be an analogue to the P4 fighting game Persona 4 Arena (P4U in Japan), developed in collaboration with Arc System Works. Additionally, P5 will be getting an action RPG that P4 never got through Persona 5 Scramble: The Phantom Strikers (P5S).

With the likelihood that Persona 5 will be receiving subsequent releases after P5S is out in February 2020, especially considering the website domain names registered for P5, below is an observation of mentions and indications throughout the years that point towards an often speculated release: Persona 5 Arena (also called P5U after the original’s Japanese initialism).

The “Persona 4 Arena & Ultimax: Super Official Design Works” art book was released in April 2015. The book included a developer interview held in February 2015, shortly after the release of Persona 4 Arena Ultimax (or P4U2) version 2.00 in Japanese arcades in January 2015.

Within this interview, Atlus director Kazuhisa Wada and Arc System Works director Takumi Iguchiya had the following to say regarding the future of the Persona 4 Arena series and Persona 5:

Please tell us about future development in the P4U series.

Wada: A new numbered title “P5” has been announced, and there are a lot of things I want to do. First of all, I’d like to ask you to play Persona 4: Dancing All Night (laughs). Through the P4U series, I intend to sow various seeds in the world of the Persona series, so I would like to continue to do various things in the future.

Iguchiya: I saw the PV of Persona 5, and I thought that it was really cool.

Wada: When Iguchiya saw the P5 PV, he immediately said, “I like the transformations! It’s good for fighting games.” (laughs)

Iguchiya: When I first saw it at the live concert venue, the development staff and I were excited to say, “This is fitting for fighting games.”

Wada: I’ve been associated with Arc for a long time, and I hope we can do something new together in the future.

Iguchiya: Thank you very much.

During the award ceremony where the featured games’ directors presented medals to the tournament winners, Wada had the following to say about a Persona 5 Arena:

In the Atlus 2017 online consumer survey released in February 2017, Atlus solicits people’s interest in a Persona 5 fighting by listing the following in a question asking what specific Persona series titles players would want to see:

In April 2017, Atlus registered a number of Persona related website domain names. Many of these domain names were followed by actual games, such as:

One of these domain names was P5U.JP, which continues to be renewed.

Wada presented the award to the Persona 4 Arena Ultimax tournament winner Reni, and Reni asked Wada if there would be another Persona fighter, and that it would make him happy if there was. Wada responded with the following:

BlazBlue: Cross Tag Battle—a cross-over fighting game featuring Persona 4 Arena characters—was set for release in 2018 at the time and eventually came out in May 2018.

Wada’s statement was vague and inconclusive, so whether he meant it depended on BBTAG’s sales performance, BBTAG’s continued development support, or something else is uncertain.

This one is an oblique indication, and has a high likelihood of having no relevance to a potential Persona 5 fighing game.

In a Dengeki PlayStation 2017 end-of-year interview featuring game composers in December 2017, Atlus’ Ryota Kozuka discussed games he was interested in throughout 2017, through his perspective as a composer. Alongside commenting on Super Mario Odyssey‘s sound effects, he had the following to say:

Also, I’ve recently been buying many fighting games mainly through ACA Neo Geo [a series of Neo Geo re-releases in the original arcade form]. Despite the format limitations of machine specs and of fighting games at the time, they attempted to take on the challenging production these games required, and it was fun to make various discoveries when playing them again now.

Since then, Ryota Kozuka worked as the main composer for Persona 3: Dancing in Moonlight and Persona 5: Dancing in Starlight released in April 2018. He is not involved with the music in the upcoming Persona 5 Scramble.

In the Atlus 2018 online consumer survey released in January 2018, Atlus directly solicited people’s interest in a Persona 5 fighting once more, following the 2017 survey, by listing the following in a question asking what specific Persona series titles players would want to see and for which platforms:

In June 2018, Compete published an interview with BlazBlue: Cross Tag Battle director Toshimichi Mori. In this interview, Compete asked Mori about the thought process when it came to adding characters to the game. Compete wrote the following for Mori’s answer:

[Mori] doesn’t want to “spawn out new characters like rabbits,” though—he has to save some ideas for the next BlazBlue and, Mori confirmed, future Persona projects. This is Arc System Works’ first indication of a new Persona-based fighter since the release of Persona 4 Arena Ultimax in 2013, during which time an entirely new installment of the main series, 2016’s Persona 5, was released.

Through a Twitter post, the author of this interview also stated that the impression they got from this answer was that it was a hint at a new Persona fighting game. Based on what Mori would state a month later, it is possible, however, that this was a misunderstanding.

In the video, he answers the following question regarding a Persona 5 fighting game:

Question: Can we please have Persona 5 Arena?

Mori: Well, that’s not our decision, but Atlus’s decision. Yea, we’re not in a position to say anything about Persona 5… So please direct your question to Atlus. I appreciate it.

In December 2018, a rumor from the Japanese text board 5channel surfaced. The rumor stated that a Persona 5 Arena was delayed because Arc System Works was busy with the development of a Granblue Fantasy fighting game..

What made this rumor notable was that it had indicated the development of the Granblue Fantasy Versus fighting game, 5 days before it had been officially announced.

In the end, the rumor—which also involved Super Smash Bros. Ultimate—was partially correct overall, but was also inconsistent in some key ways. This puts the integrity of this rumor into question, suggesting that it was simply a series of educated guesses.

In the Atlus 2019 online consumer survey released in March 2019, Atlus directly solicited people’s interest in a Persona 5 fighting, following the 2017 and 2018 survey, by listing the following in a question asking what specific Persona series titles players would want to see and for which platforms:

As with the previous Atlus consumer surveys beginning with 2017’s, the 2020 version released in February 2020 also explicitly listed “‘Persona 5’ fighting game” as a potential spin-off.

In the most recent Atlus consumer survey released in March 2021, “‘Persona 5’ fighting game” was still listed as a potential spin-off for fans to give their opinions on.

At the end of April 2021, when a slew of Persona related domain names were set to expire, Atlus let one of the domains for an unknown project name, “P5AG,” expire. “P5U,” however, was renewed and is being intentionally preserved.

In an end-of-year 2016 developer interview with 4Gamer, director Kazuma Hayashi of Examu (known for the Arcana Heart series) expressed that Persona 5 is cool, and that he hoped that a P5U would be released.

In September 2019, director, planner, and programmer Kamone Serizawa of French Bread (known for the Under Night In-Birth series) stated on Twitter that he would like to see a P5U.

In the end, there is no conclusive indication that a Persona 5 fighting game is in development, while that possibility hasn’t been disproven either.

Ever since the release of Persona 4 Arena Ultimax in Japanese arcades six years ago in November 2013, Arc System Works’ presence in the fighting game market has grown. Granblue Fantasy Versus and Guilty Gear: Strive are the next two ASW fighting games in development, both set for a 2020 release.

ASW’s momentum in fighting games encompasses collaborations with other companies including Bandai Namco (Dragon Ball FighterZ), Rooster Teeth (BlazBlue: Cross Tag Battle) and Cygames (Granblue Fantasy Versus). Considering Atlus’ own Persona 5 driven momentum, only time will tell if there is room for another collaboration between the two companies for a fighting game once more. From what’s been said already, it sounds like it’s Atlus’ call to make.