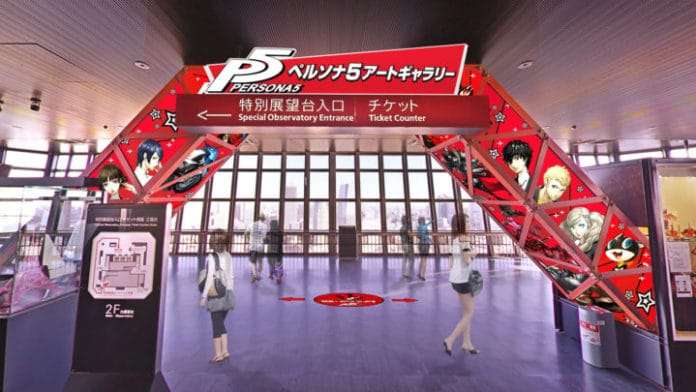 Atlus has announced that, over the period of about one month starting on September 3, there will be a dedicated “Persona 5 Art Gallery in TOKYO TOWER” exhibition at the large Tokyo Tower observatory.

The Persona 5 Art Gallery will be held from September 3, 2016 until September 28, 2016 in Tokyo Tower’s Main Observatory. 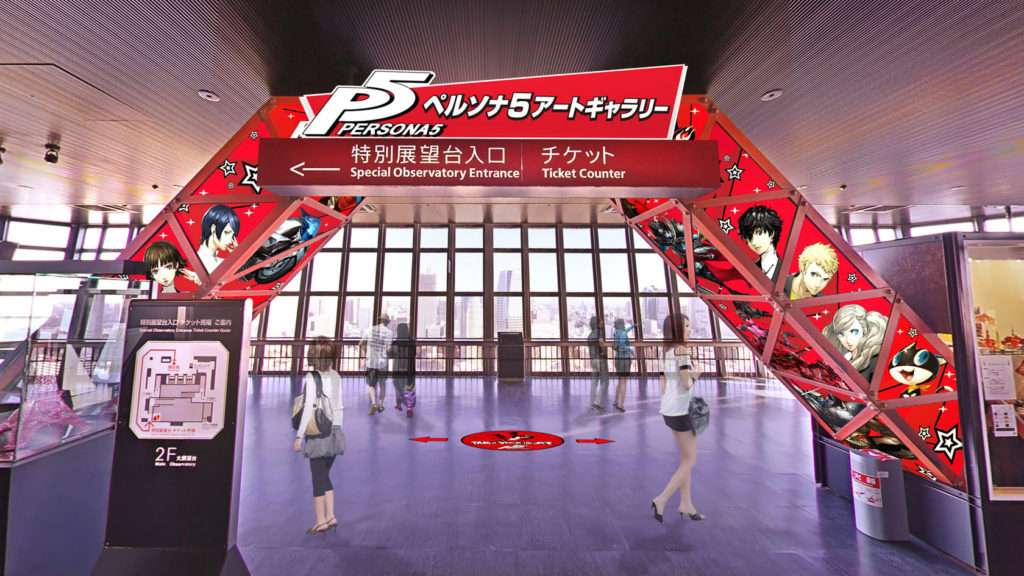 A gate decorated with the cast of Persona 5. How it appears will change depending on the viewing angle.

A special exhibition featuring large B2 sized art of Persona 5.

A wall-sized visual display, showing off screenings of previously released trailers for the game and other material.

Previously, Atlus held a Persona 5 event by the name of “Take Tokyo Tower” at the same location as the upcoming art exhibition.