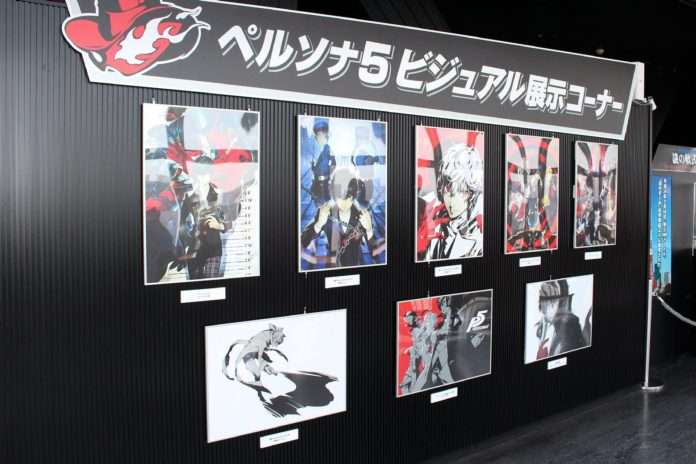 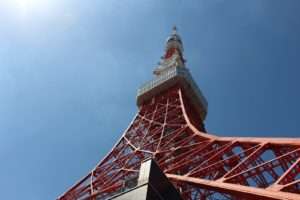 Update (2016-09-07): Two pieces of merchandise for this collaboration have been announced, add to the bottom of this post.

The “Persona 5 Art Gallery in TOKYO TOWER” exhibition was previously announced to take place from September 3 to September 28, 2016, and 4Gamer has provided pictures from it.

The large observatory of Tokyo Tower shows off various exhibitions for Persona 5. 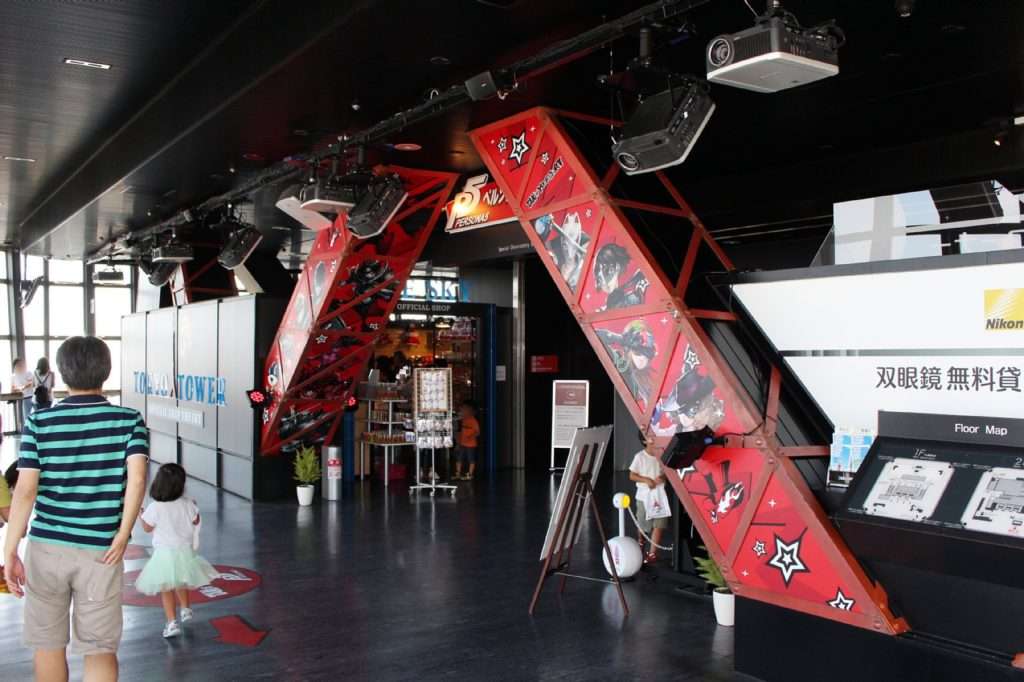 Taking place in the large observation deck of Tokyo Tower, visitors are welcomed with the “Welcome Gate” upon exiting the elevator. It is decorated with the main characters of Persona 5, using life-size panels.

Life-size panels on both the first and second floors of the observatory that can’t be missed.

Various visuals are placed in a Persona 5 exhibition corner. One of them is the cover of the art book, bundled with the limited edition, which can be seen in a large format.

One of the highlights is a huge tapestry as a collaboration visual, as well as another of the box art. These can also be found on the first and second floors of the observatory, serving as great photo spots.

As the time from the 4Gamer article was immediately after the start of the business hours, there were not many visitors at the large observatory. Considering general tourists and Persona fans, it is expected that there will be large crowds later on. Additionally, since after sunset the observatory becomes dark and thus the exhibition will be difficult to see, people who want to enjoy it should go in the early hours of the morning.

During the exhibition period, sales of collaboration goods are planned as well as a scheduled exhibition of the Morgana Car. More information on this will be announced at a later date. 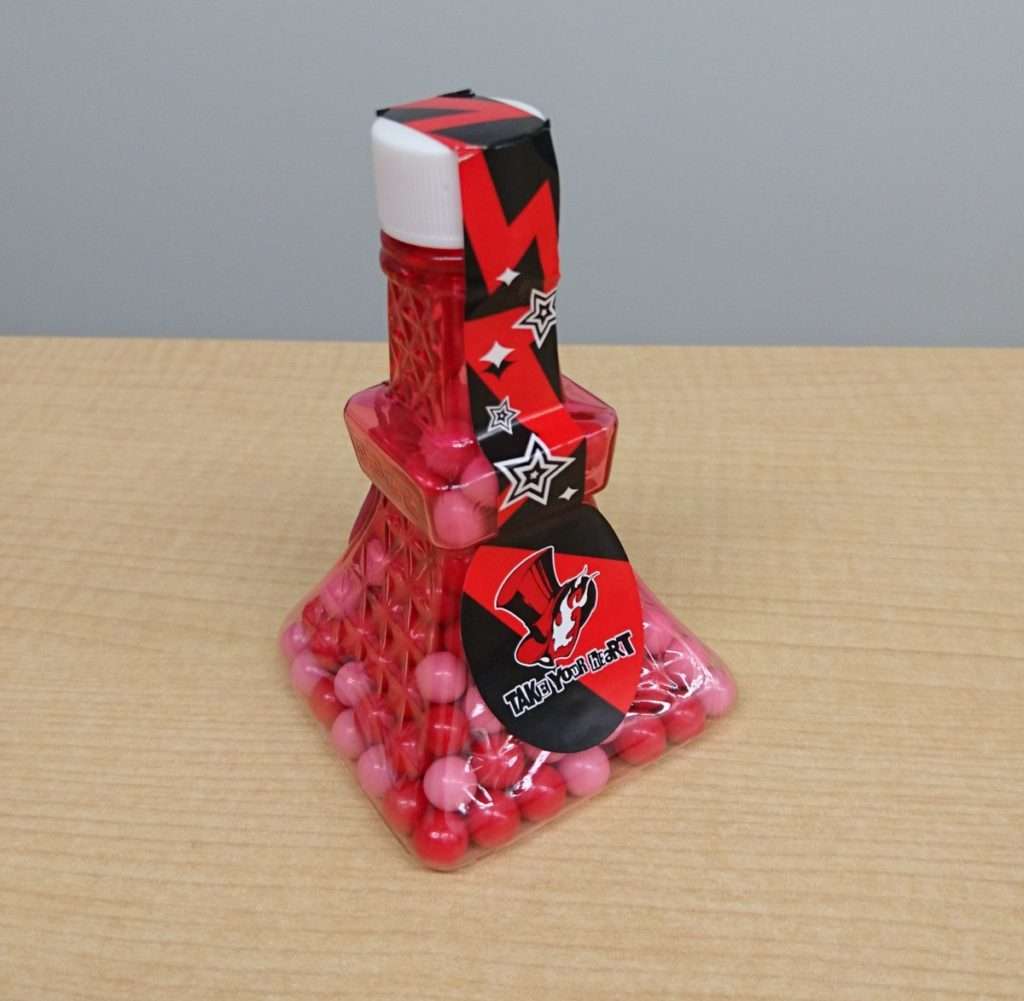 A Persona 5 Tokyo Tower collaboration bottle containing chocolate for sale at the observatory. 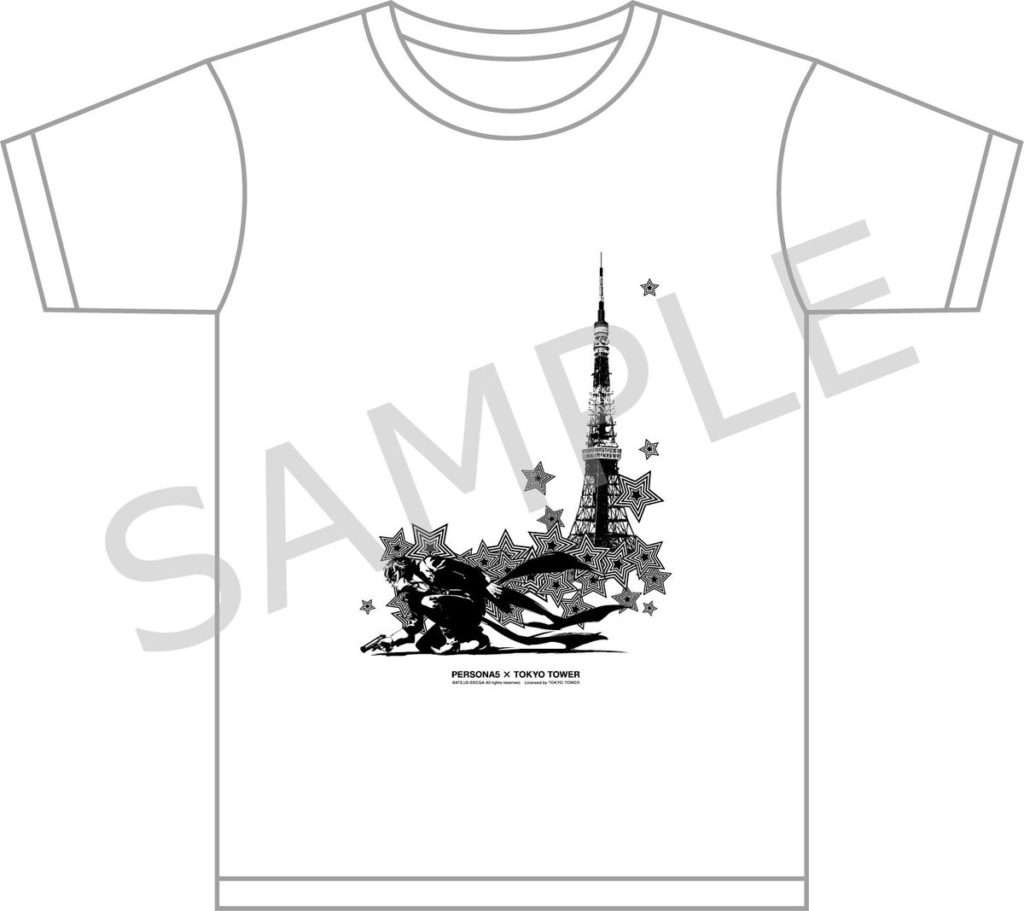 A Tokyo Tower collaboration T-Shirt which will be sold in three sizes: M, L and XL. Details for it will be announced at a later date, such as the release date.