As previously announced in March, Japanese jewelry manufacturer Artemis Kings will be producing Persona 5 themed rings made of 925 sterling silver, and reservations for them will be beginning on June 30, 2017 at 11:00 AM JST.

They had been delayed from a May release to a June 2017 release, but now the rings will be released in mid-August. 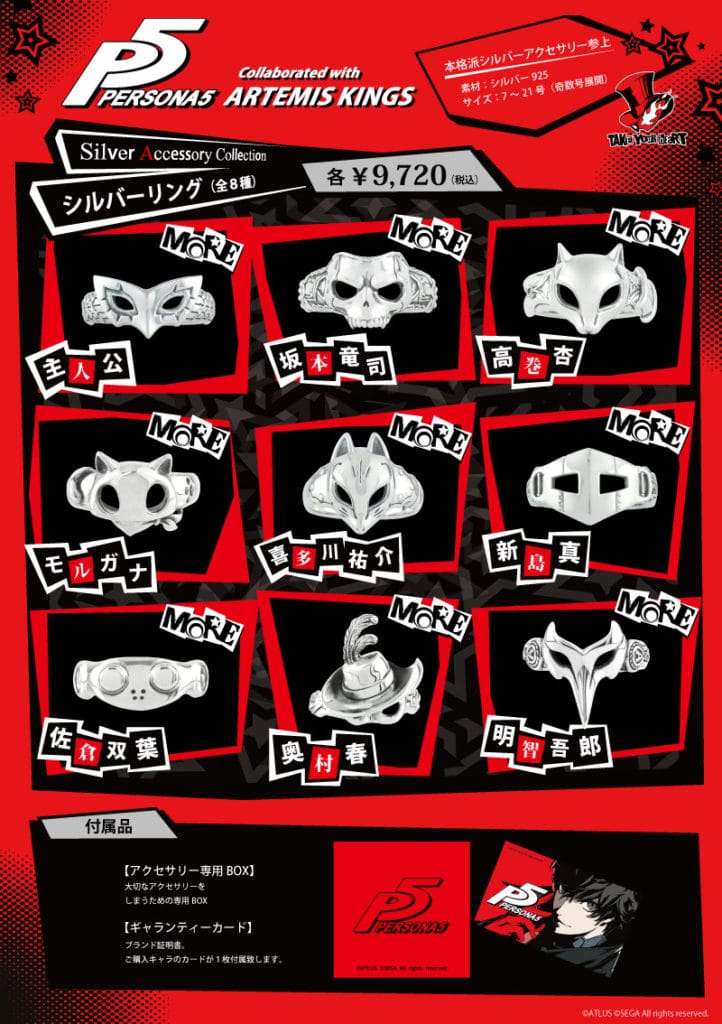 As part of a “Silver Accessory Collection,” there are a total of nine different rings, representing each member of the Persona 5 Phantom Thieves.

Each ring has the code name of the respective Phantom Thief engraved in its inner side, and they each cost 9,720 yen (tax included), with free shipping. Pre-orders are available on Rakuten.