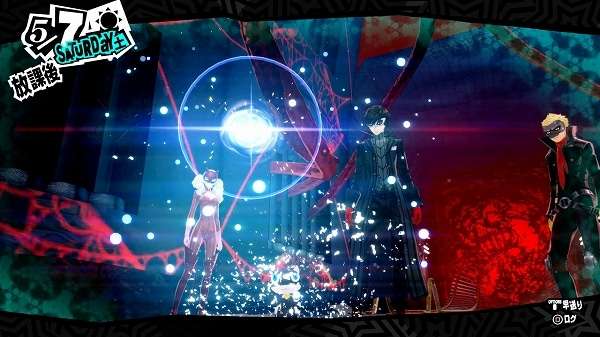 As reported earlier, Weekly Famitsu magazine has reviewed Persona 5 with a score of 39/40. Within this review, Famitsu states that the average play time for the game is estimated to be 80 hours long, and that there is a large volume of content that can be played for a very long time.

The game is worthy of special mention. From character actions, event scenes, camera angles and other things such as the design of the UI text, Persona 5 is a stylish work that sets it apart from other Japanese RPGs. (10 points)

The feeling of striking an enemy’s weakness and pulling off an All-Out Attack is great, and combat is as equally thrilling as the Phantom Thief motif story. (10 points)

The game has a lot of variety in terms of combat because of negotiations, Baton Touch, and other elements. There are some flaws, but the pros outweigh the cons. (10 points)

The game is a sophisticated drama with stylish menus and more that fits the series’ appeal. However, guns and battle equipment are expensive, and it doesn’t feel like there’s merit to that. Overall, it’s a big step up from the previous entry. (9 points)