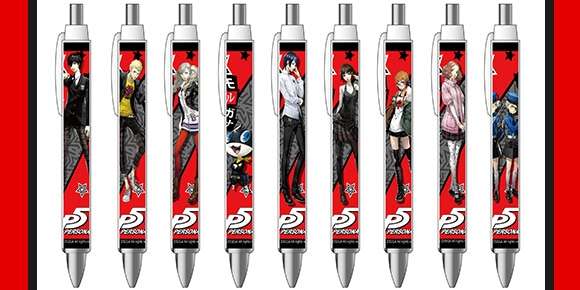 Following the Persona 5 badges, magnets and mirrors announced by Japanese collectible toy manufacturer and distributor CafeReo, a collection of ballpoint pens have been shown.