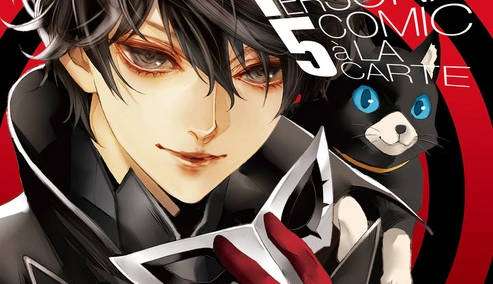 Recently, a listing for an English release of the book has gone up on Amazon, published by Udon for a June 6, 2023 release date. The official description is as follows:

A dangerous shopping date! The suffering of a back alley doctor! The Phantom Thieves’ Cooking Corner! Over a dozen artists dive into the daily lives of Joker, Futaba, Ryuji, and the rest of the Phantom Thieves of Hearts.

Recently, listings for the English release of the Persona 4 Arena and Persona 4 Arena Ultimax official manga adaptations had been uncovered. An official announcement from Udon Entertainment had been made with a tweet two days later, and subsequently deleted.