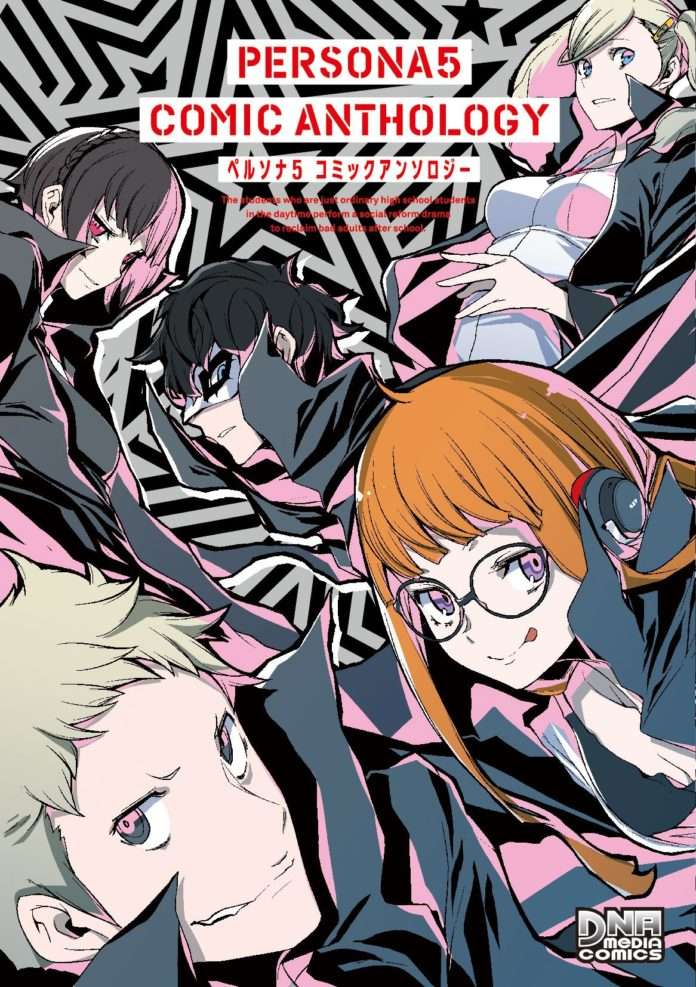 Following the announcement of the  “Persona 5 Comic Anthology (DNA Media Comics)” set for release on May 25, 2017, its cover has now been revealed. 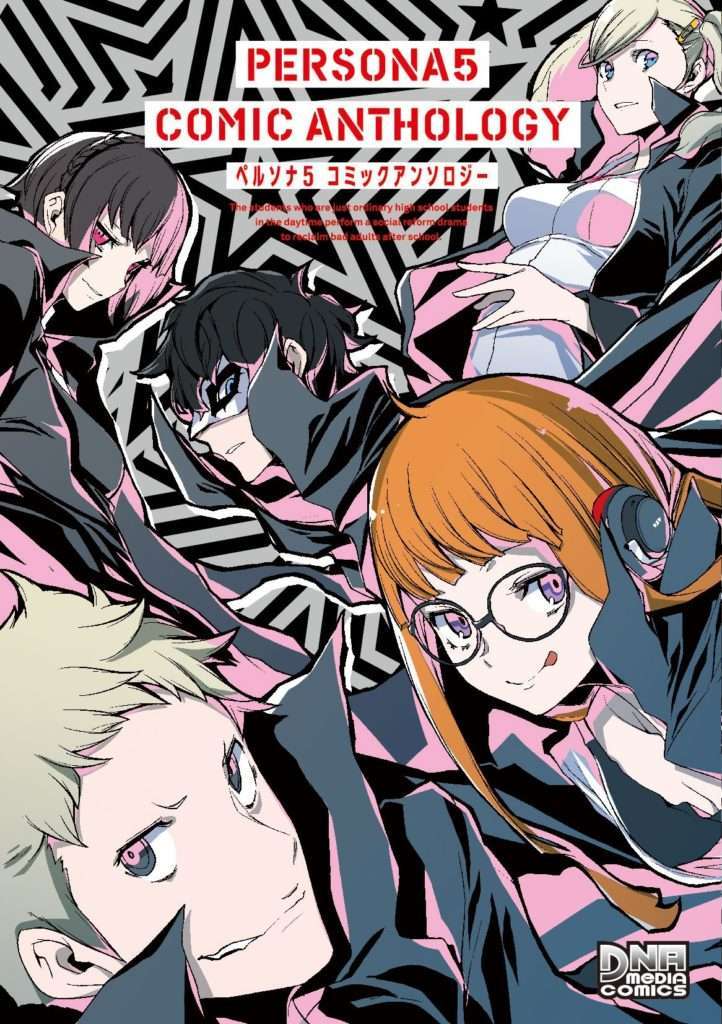 The cover art is by Suzuhito Yasuda, who provided artwork for the Devil Survivor series.

Front cover and back cover: 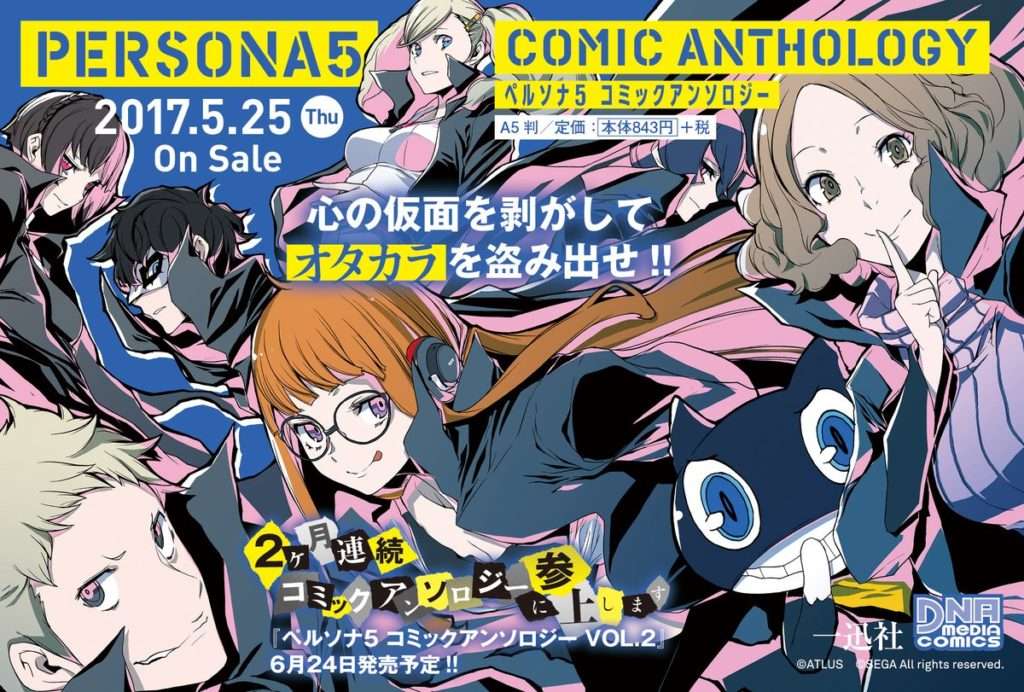 As previously reported, a second volume of the comic anthology by DNA Media Comics will be releasing on June 24, 2017.