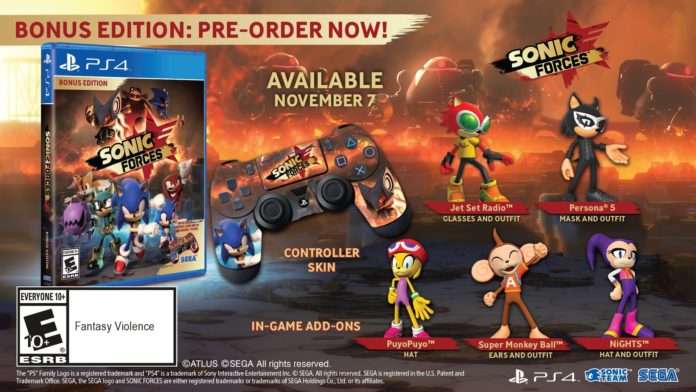 Sega has announced that the upcoming Sonic Forces will feature character costumes from various Sega and Atlus titles, including a mask and outfit from Persona 5. 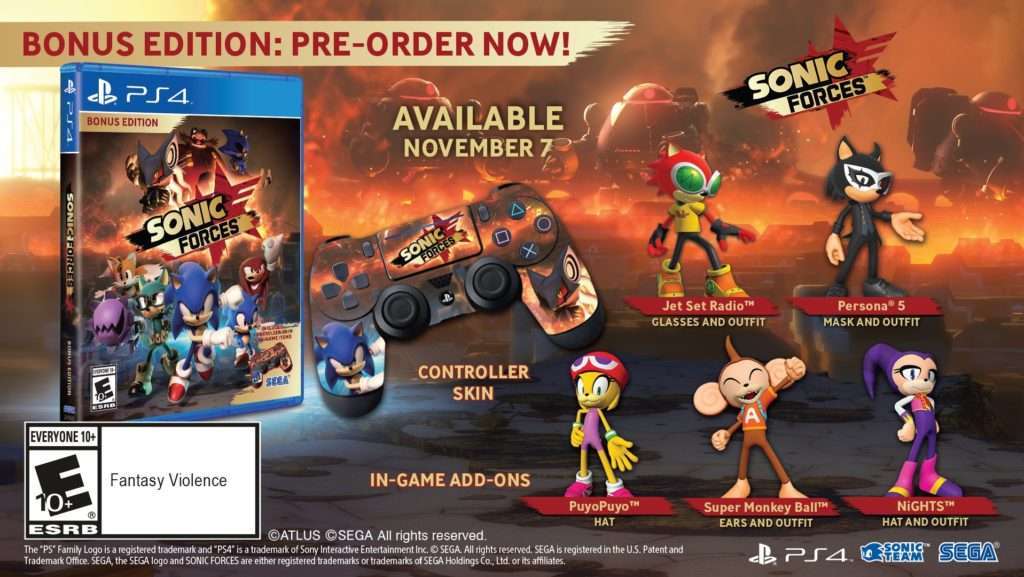 Other corss-over costumes include Jet Set Radio, Puyo Puyo, Super Monkey Ball and Nights. These will presumably be available as part of the in-game character creator.

Sonic Forces will be released on PlayStation 4, Xbox One, PC and Nintendo Switch on November 7, 2017 in North America and Europe, and November 9, 2017 in Japan.