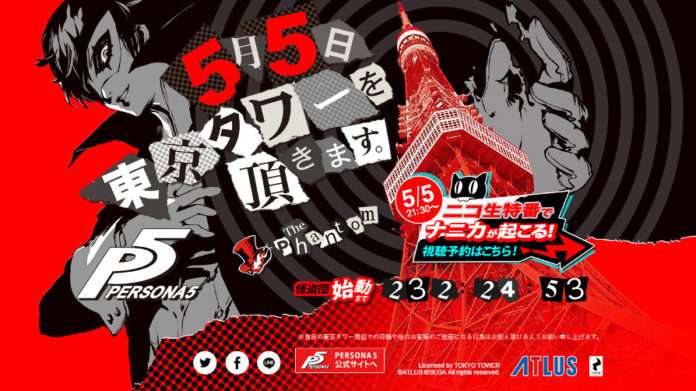 Following the launch of the mysterious countdown for Persona 5, the website has been updated and it has brought the announcement that there will be a special Niconico broadcast set for May 5th at 9:30 PM JST.

New information for the latest game in the Persona series will be unveiled, with the page teasing that the Phantom Thief will be taking over Tokyo Tower.

Information about the upcoming live stream will be updated in the near future.

According to “investigation headquarters” (via Famitsu), clues from the updated website indicate that the notice sent from the Phantom is from the same source that caused the mysteries at Persona Super Live 2015 and Tokyo Game Show last year.