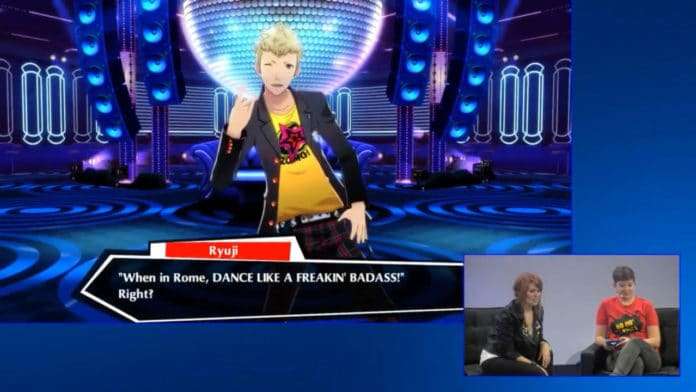 During a live stream earlier today at EGX 2018—an ongoing gaming event in the UK—with PlayStation Access, Atlus showed off new English gameplay footage for Persona 5: Dancing in Starlight.

This footage is the first time the game’s “Social Mode” has been demonstrated in English, which consists of unlockable dialogue scenes with members of the Phantom Thieves, replacing the story mode from Persona 4: Dancing All Night.

Persona 3: Dancing in Moonlight and Persona 5: Dancing in Starlight was released for the PS4 and PS Vita on May 24, 2018 in Japan. They were eleased for both platforms in Traditional Chinese on September 20, 2018, and on December 4, 2018 in North America and Europe.