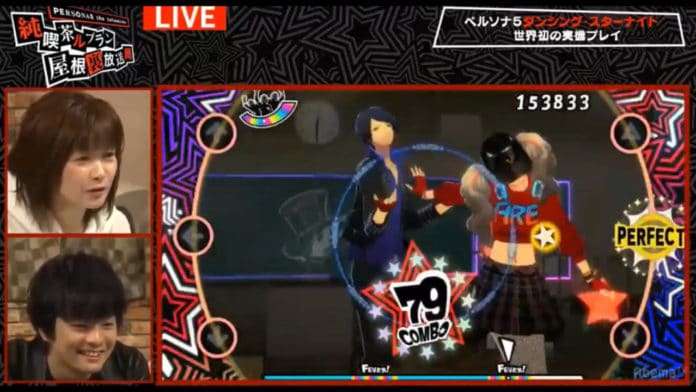 New footage of Persona 5: Dancing Star Night has been released, showing off gameplay of Ann Takamaki dancing to “Wake Up, Get Up, Get Out There,” with Morgana and Yusuke Kitagawa as her partners.

This was shown during the inaugural “Persona 5 the Animation Net Cafe Leblanc Attic Broadcasting Station” live stream, where the producer of the upcoming Persona rhythm games, Kazuhisa Wada, appeared.