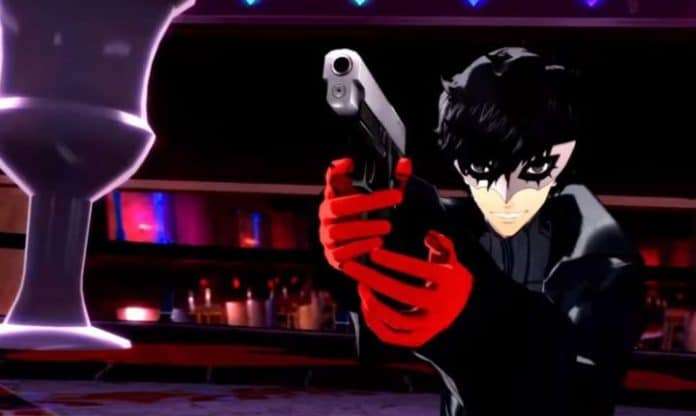 [SPOILER WARNING] THESE INCLUDE PLOT DETAILS UP UNTIL THE END OF THE FIRST DUNGEON, CONTINUE READING AT YOUR OWN DISCRETION

• I don’t think we’re able to see the full maps, the small map on the corner of the screen is kinda inconvenient to me. I mean if you have no sense of directions like me, you’d probably get lost.

• I suppose that the siren we heard in the velvet room in live streams is the sound to put protag back to sleep, although I didn’t have chance to go to velvet room many times.

• The attitudes of Justine and Caroline are almost like how I felt they are from the live streams, and they don’t really consider protag an enemy. Btw, Justine is responsible for paperworks and Caroline is guarding the velvet room.

• The dates are shown exactly the same like how they are in previous PVs.

• There’s a memo on the fridge says “feel free to check the fridge!”. Speaking of which, the objects are really detailed! When you close the fridge door, it would shake because it’s an old one. And when you make coffee, the coffee machine shakes too.

• After the 18 mins prologue, I was able to start controlling protag after getting off the train. It’s exactly the part that Hayashi from Famitsu played in the livestream. When I was leaving from the platform, I saw both stairs and escalators, it’s so realistic! Getting out from Yongenchaya Station, I have to start looking for Sojiro Sakura’s house. I almost got lost even if there’s a map. However, the map would show your steps so you know where you’ve been to. Something noticeable is that Sojiro’s house is at a different location with Café LeBlanc! I was surprised, I thought it would be something like café at 1F and their home at 2F.

• Protag’s room seems bigger than what we saw from the PVs, and there are lots of random things in there, very detailed and realistic. Sadly the window view of the room is a wall of another building, this is exactly how Tokyo is.

• I was able to see the part when protag goes to bed too, and he plays with his smartphone before sleeping!! He’s such a “kid nowadays”.

• Everytime I play persona games, I’m always amazed by the pace of the stories. Like Sojiro brings protag to school right away and how fast the train incident happens. Shujin High is located at Aoyama. Also I’m surprised that even if protag has a criminal record, he’s still able to go to a high-ranked school like Shujin. (I think it’s high-ranked because there are tons of trophies in the school and it seems that Shujin wins a lot in national sports competitions too.)

• Then protag meets Kamoshida, his personality is a bit different from how I imagined. Protag also hears about rumors regarding Ann. The encounter between protag and Ann made me feel “huh?!” though, am I the only one who feels this way?!

• Protag actually got that drunk man injured(the guy who was harassing the woman), and Sojiro has a pretty sharp tongue when he talks about this incident. However, he seems like a person who’s just hard on the outside and soft on the inside since he cares about protag. Also through a conversation with Sojiro, if you choose a certain reply, you can see that protag sort of admires Sojiro. Also it looks like the two aren’t relatives, and Sojiro isn’t protag’s probation officer either.

• Regarding the replies which you can choose in conversations, there are goofy type, handsome guy type and rebellious type of answers. There are also ones like how you can be like “…..”(speechless) when the guy who beats you in prologue asks you to sign the document. I actually chose that answer because I wanted to see what would happen, but poor protag just got beaten again and he still had to sign it.

• I got lost in Shibuya Station on protag’s first day to school. I followed the directions in the station but I felt like I got tricked by those!! So I had to ask a station staff, and finally transferred to the right station. I suppose protag has a railroad pass because sometimes when he takes the train, it doesn’t cost him anything. (like when he goes back home from school)

• It’s about the same time when protag meets Ryuji and Ann. I haven’t notice anything special about the relationship of protag and Ann, but Ryuji talks a lot ever since the beginning of their encounter, and it really subverted my impression on him! I think he’ll probably become one of the most loved characters after Persona 5’s release.

• The encounter with Morgana happens in Kamoshida Palace. Morgana seems really used to fight with shadows, she’s totally different from how Teddie is in Persona 4.

• There are many reasons why Ryuji became a problem child, I got to know some of the details after finishing Kamoshida Palace.

• While moving between different maps it would load but it doesn’t take long on PS4.

• If you press “dash” in dungeons, not only you’ll speed up, the way protag runs becomes very stylish too.

• Because you’re phantom thieves, it’s really important to do stealth in dungeons, if you don’t hide yourself properly, it would influence the battles and your exploration.

• This time they added “pollen alert” in the weather system, it has special influence to the game.

• Persona 5’s storyline is different from past games, in the beginning protag goes back to the past, and then later on the storyline jumps to the future again. This makes the story pretty intense. There’s no doubt that Persona 5 will be one of the best games on PS4!