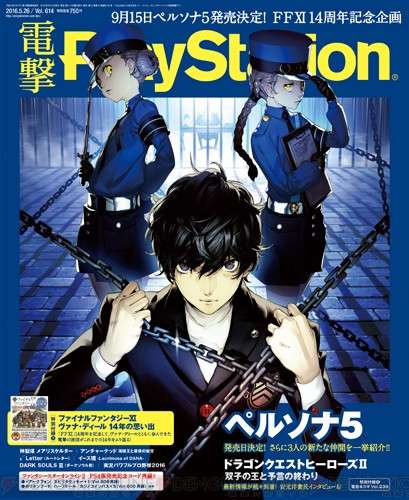 As announced previously, Persona 5 will be featured in next week’s issue of Dengeki PlayStation and they have revealed the cover for the upcoming issue.

Dengeki PlayStation magazine Vol. 614 releasing on May 12, 2016 will feature a large Persona 5 feature with 12 pages filled with new information on the game.