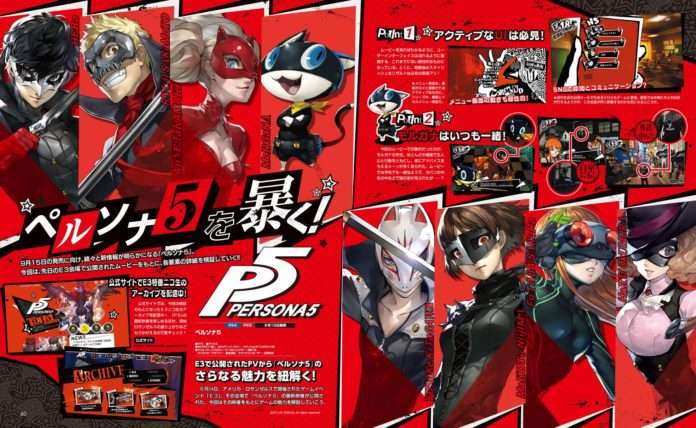 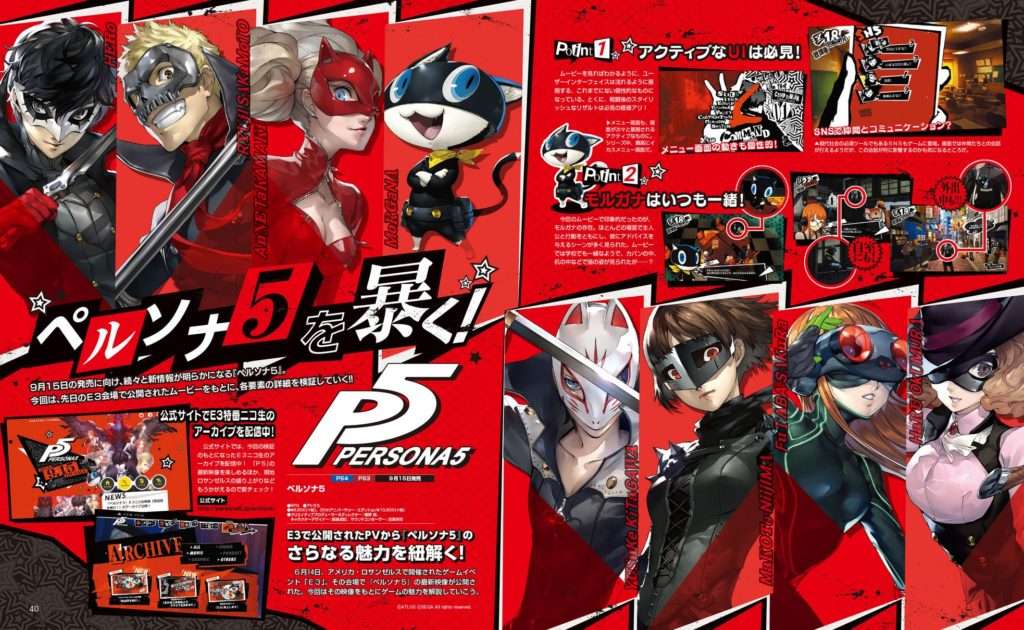 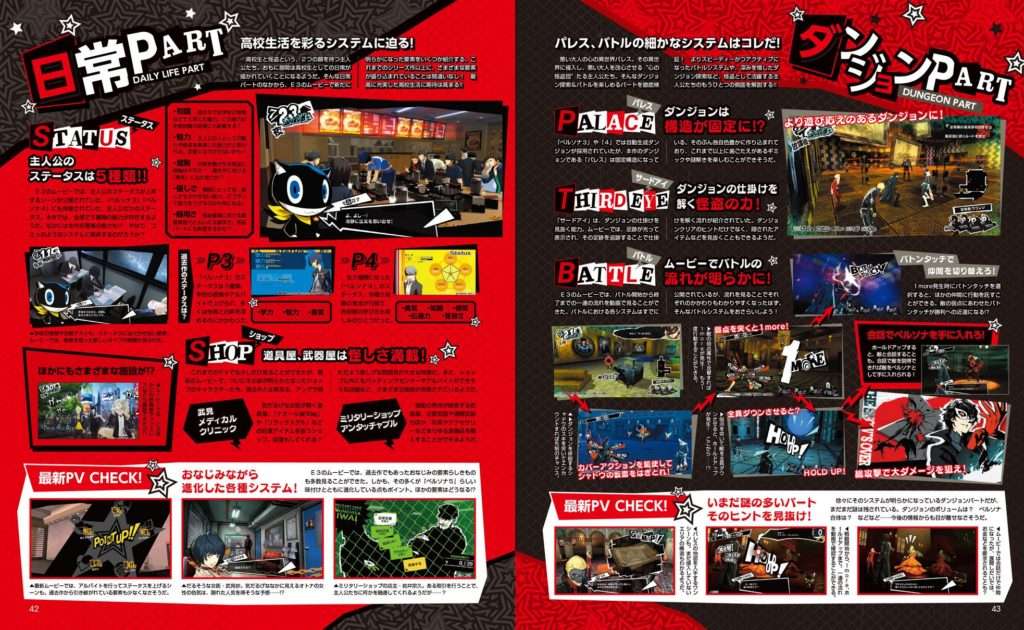 The scans feature a recap of the information found in the E3 2016 gameplay demonstration of Persona 5. A lot of that information can be found in a previous post for the feature in Famitsu issue #1437.