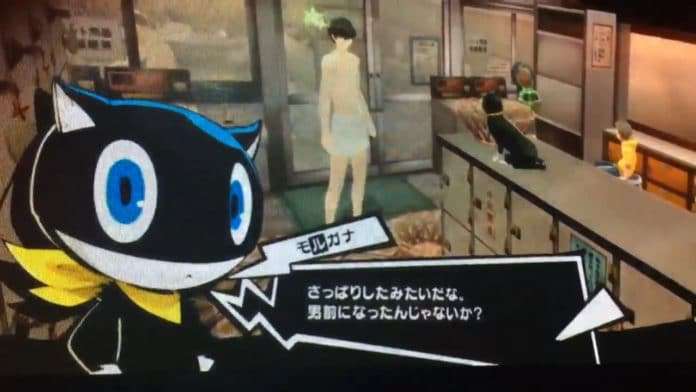 The first gameplay presentation for Persona 5 during E3 2016 at the Atlus USA booth has been shown, and Periscope captured video footage of the event has been recorded.

A little more from the steam. pic.twitter.com/Eb35IvDyvh

Here have some #Persona5 battle gameplay. Also, you can negotiate with Personas like in SMT:Nocturne. #E32016 pic.twitter.com/RWbtXGK0yz

This is the Persona 5 footage I took earlier. pic.twitter.com/DSqi8Yqkvz

The first English voice acting in Persona 5 was shown through Morgana, the host for the event. Additionally, off-screen gameplay shots from the presentation were taken.

As announced previously, there will be more gameplay presentations for Persona 5 at E3 2016 in the near future.