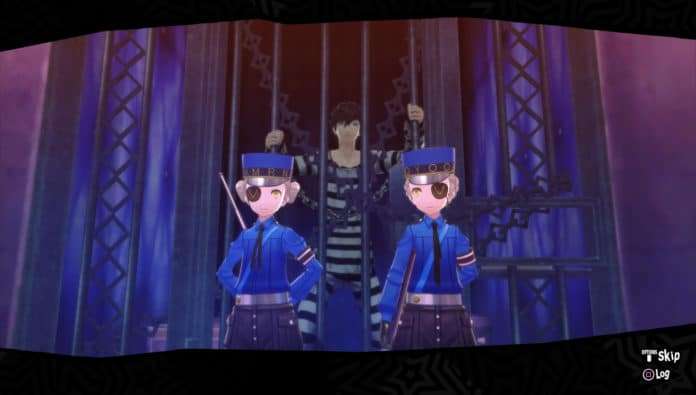 A new English trailer and screenshots for Persona 5 have been released, showing off the Velvet Room.

Sometimes when the protagonist of Persona 5 goes to sleep, he doesn’t dream like a normal Japanese high-schooler. Oh no. He gets transported to a place that exists between dream and reality, mind and matter. A place where fate has made it look like a prison. A place where sacrifice creates power, and where a familiar face will assist the leader of the Phantom Thieves in reaching his full potential. Get ready to say hello to Igor once again, because the Velvet Room is back!
For those of you who aren’t familiar with the Velvet Room, it’s a special area where personas can be… played around with. Basically, the room is where personas collected in the Metaverse can be upgraded, turned into items, or undergo fusion. Let’s start with the most morbid one, shall we? Fusion allows personas to be fused together to create a new, hopefully stronger, one. There are three ways to fuse personas, basic fusion lets any two be fused together, while advanced fusion is preset and require three or more. Oh, there is one little thing I should mention. Your personas will need to be executed via guillotine to undergo the aforementioned fusions, so always remember their noble sacrifice when Velvet Room wardens, Caroline and Justine, lets the blade drop (be wary of accidents though). The third method of fusion is network fusion, which allows a player with online function to fuse their persona with a random online player’s persona!
Besides making heads roll, the Velvet Room offers other fun ways to execute, I mean, manage personas. For example, you can strengthen a persona by sacrificing (hanging) another one to it, put personas in lockdown so they can learn to take less damage from their weakness, and “transform” them via electric chair into a useful item/piece of equipment. You can also register and summon them from the compendium as well! Although the Velvet Room may look like a prison, it’s an important place to invest time and persona lives in. Oh, you can also access the area during the day/night or during Palace runs through a prison door looking portal.