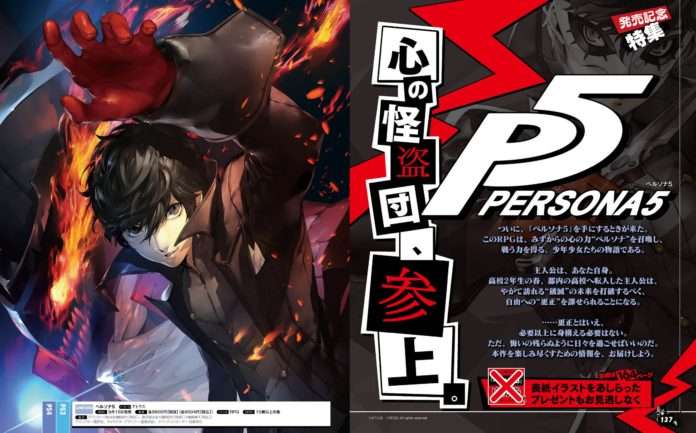 As announced in the previously posted preview, this week’s Weekly Famitsu magazine issue #1450 includes a 30-page launch feature for Persona 5, along with a cover illustrated by Shigenori Soejima. 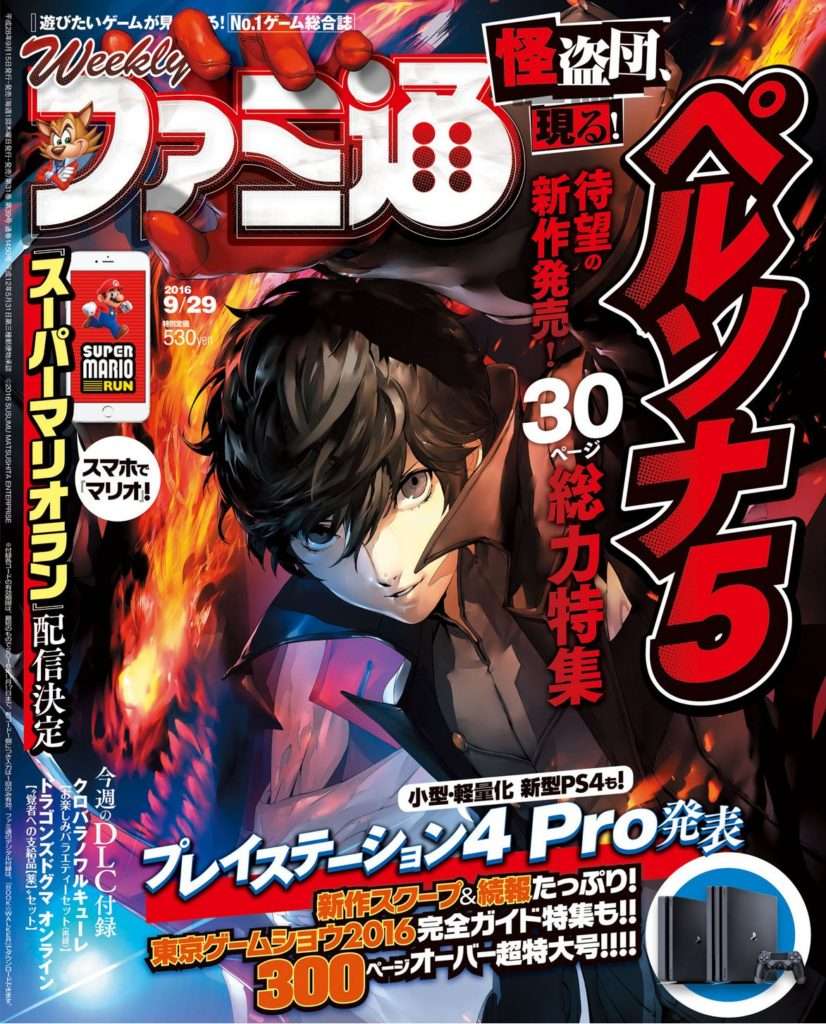 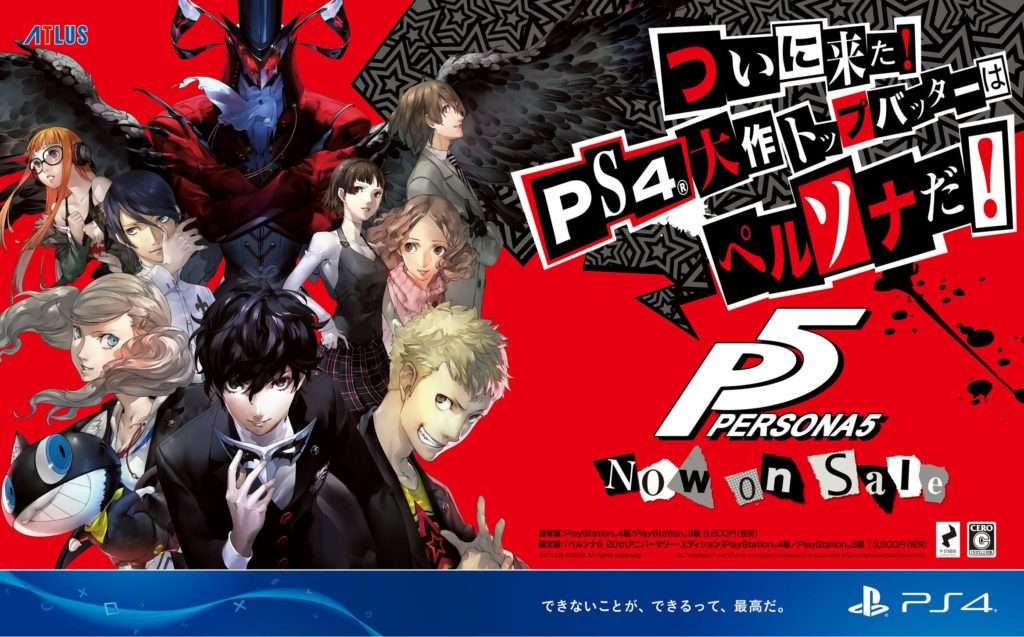 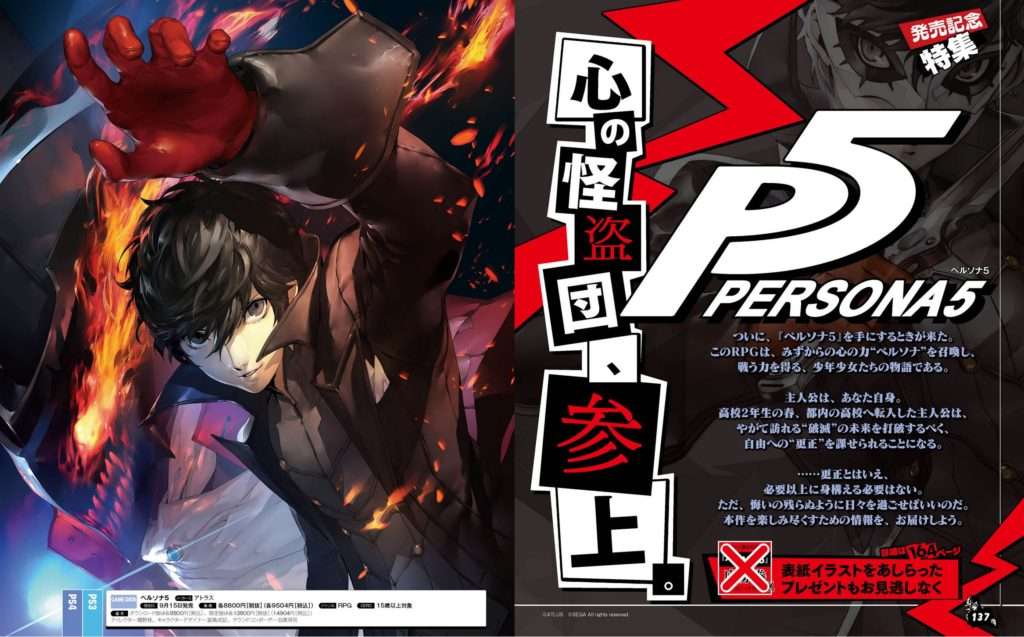 The issue includes a variety of information on the early phases of the game, such as important locations, maps and gameplay tips. There’s also a developer column by director Katsura Hashino.