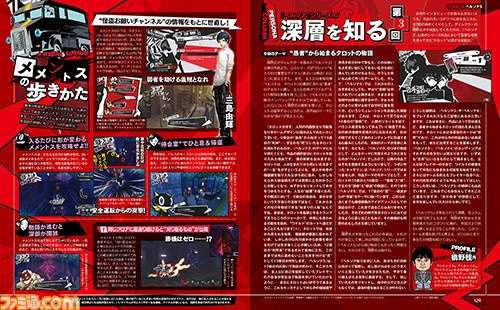 This week’s issue of Weekly Famitsu magazine #1451 will contain a new Persona 5 feature, which will include the second edition of a gameplay walkthrough (after the first), with various information about a certain Palace dungeon in the game, Mementos, data and advice.

Additionally, the regular developer column by director Katsura Hashino titled a “Deep look into the Persona series” continues. This time it’s about a secret story for how “Tarot” played an important role in Persona 3 and the future of the series.