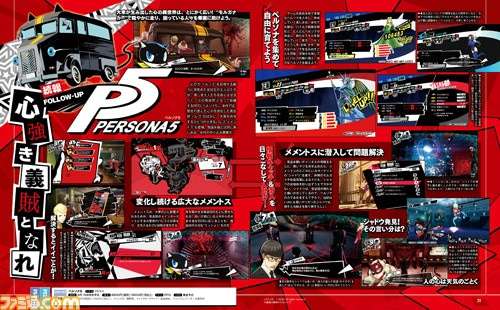 This week’s issue of Weekly Famitsu magazine #1446 will contain a new Persona 5 feature about the Mementos dungeons, as well as on the Persona fusion mechanic which is a trademark of the series. 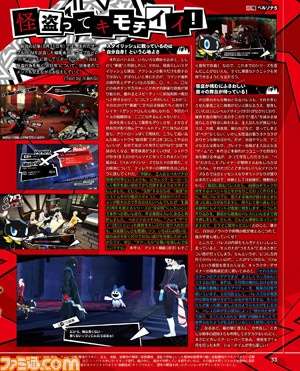 “Mementos” represent a vast alternate world with challenging dungeons which complement the main story. Additionally, fusion represents strengthening the power of the heart: “persona.” It is a recurring system to the Persona series, and it has a unique style in Persona 5.

There will also be a report from a Famitsu editor following their time with the game, and developer comments on the non-daily aspects of the game, such as combat.