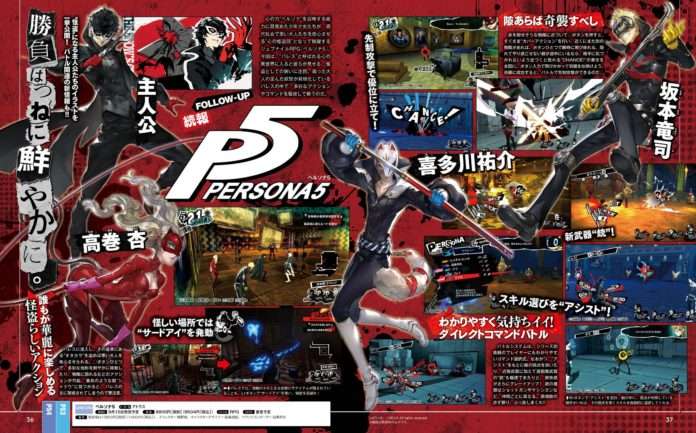 Following the preview and the flying get information leak for Persona 5 in this week’s Weekly Famitsu magazine issue #1437, high resolution scans from the feature have been released. 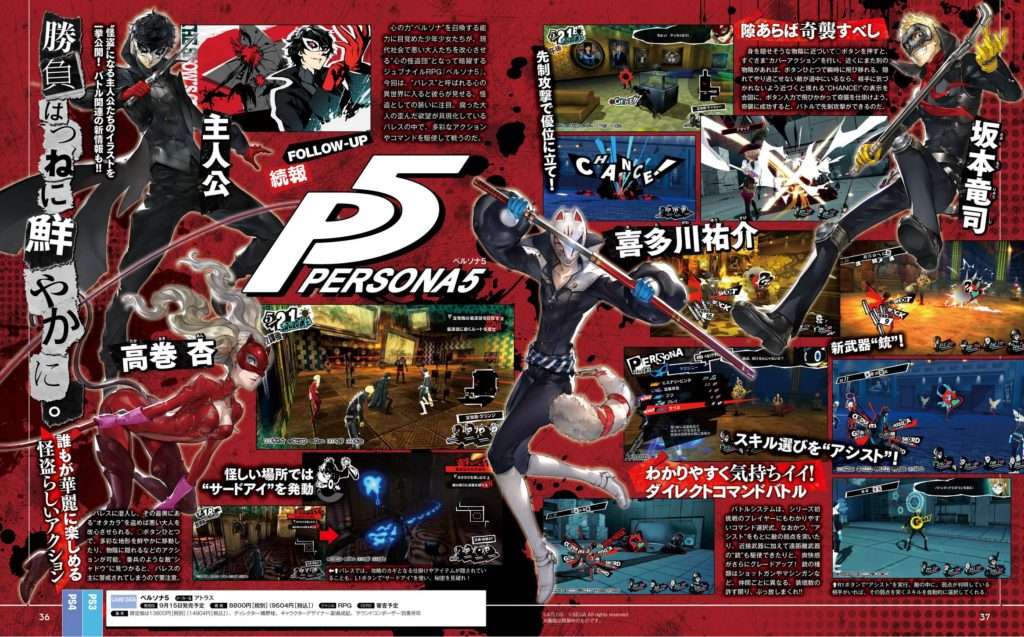 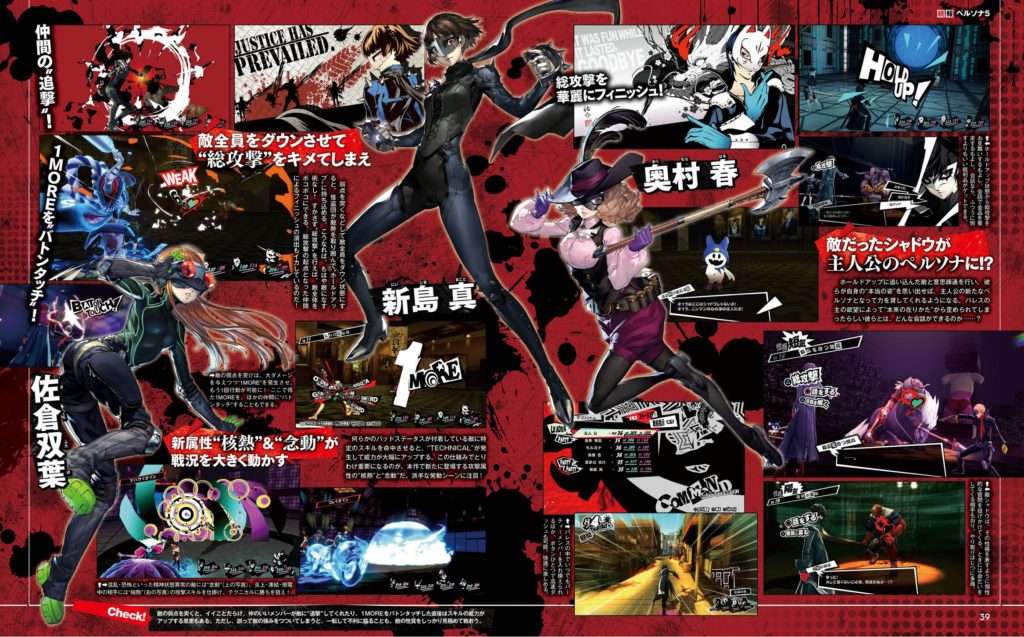 The feature revolves around the game’s combat mechanics, which were previously detailed in the furage leak:

This issue of Famitsu also had an anniversary illustration for Famitsu’s 30th by Shigenori Soejima, featuring Morgana from Persona 5 and Fantasy Zone’s Opa-Opa. 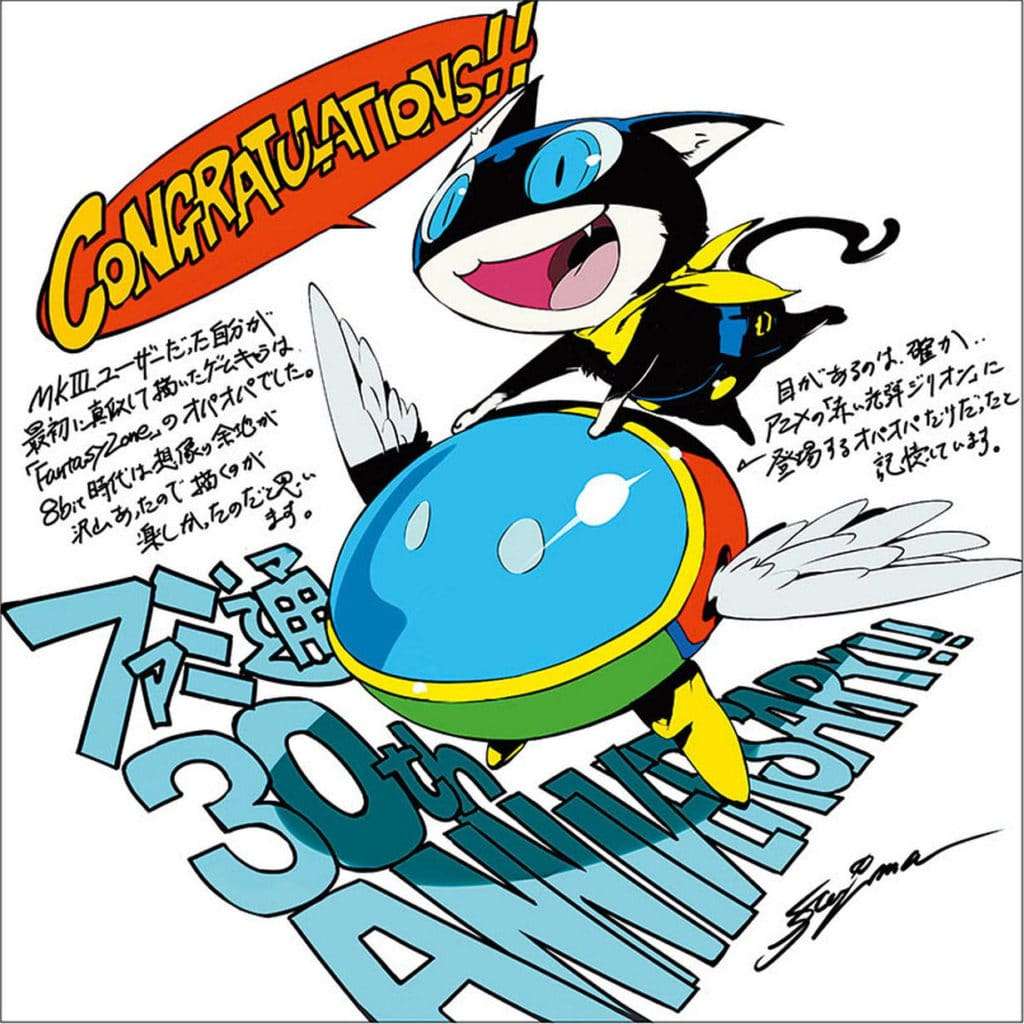 toi8 (character designer of Tokyo Mirage Sessions #FE) submitted his own illustration of Nekomata from the Shin Megami Tensei series. 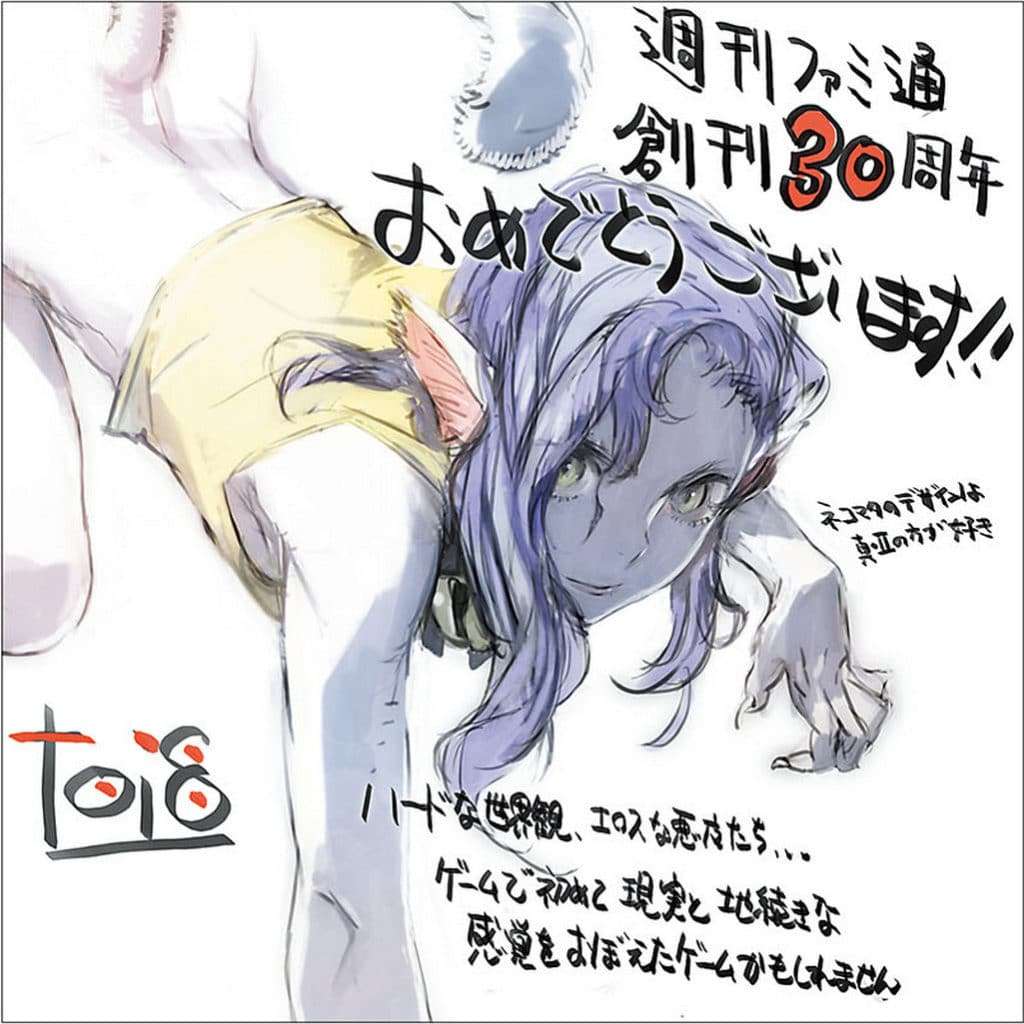 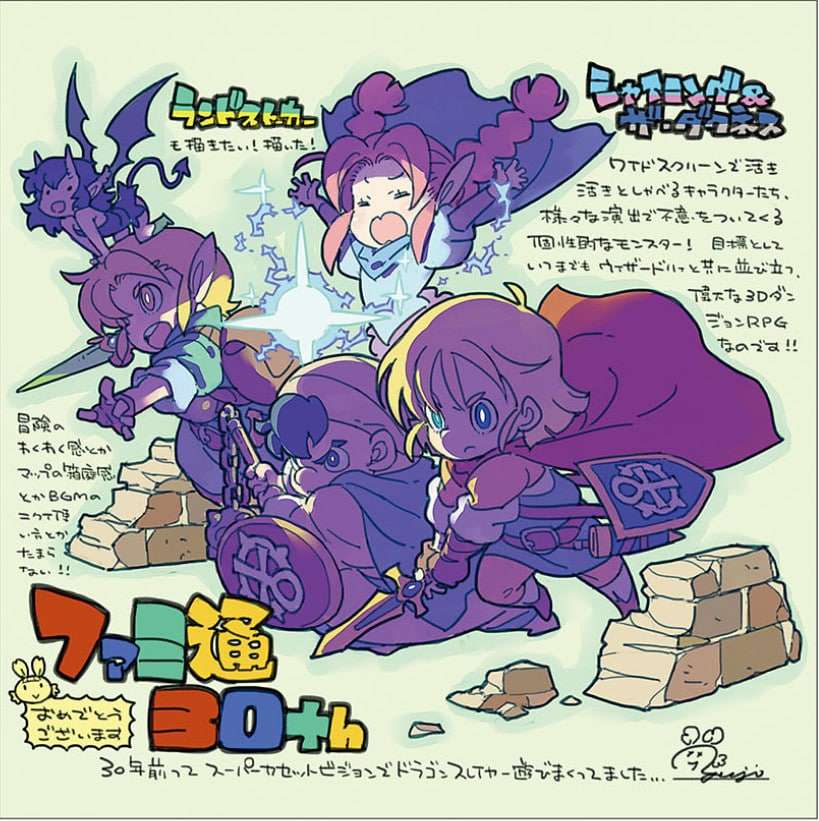 Devil Survivor also made his own illustration for the Famitsu anniversary featuring Devil Survivor 2, Caladrius and Digimon Story: Cyber Sleuth. 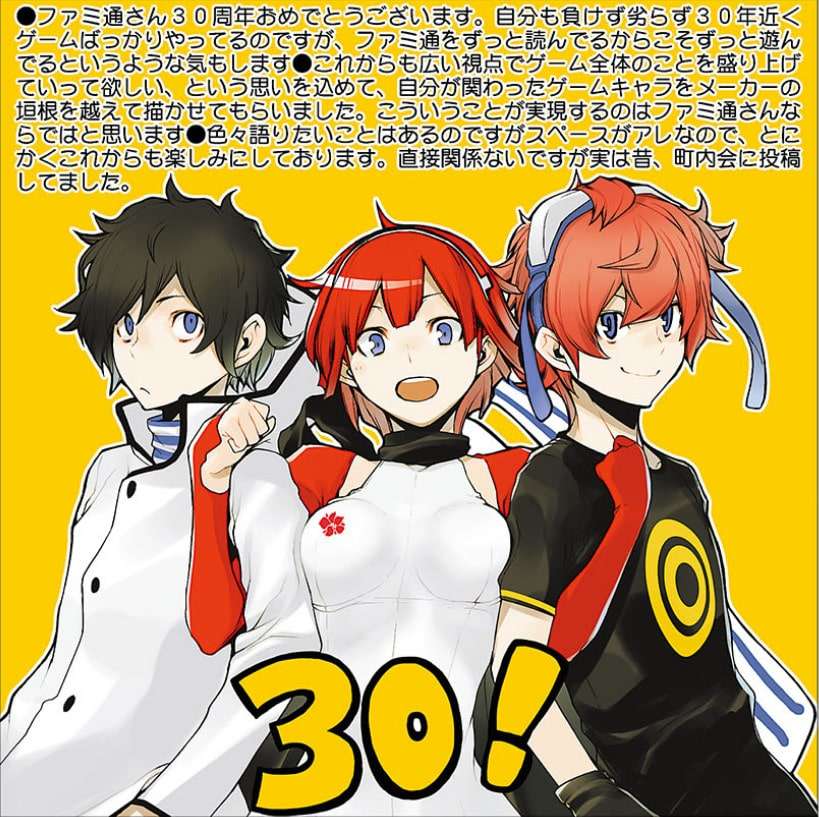