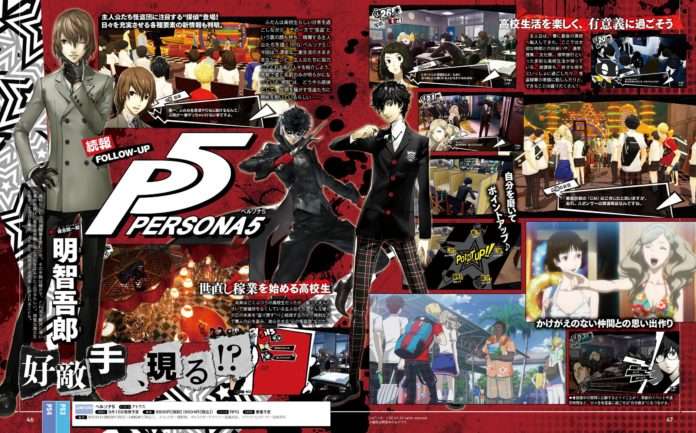 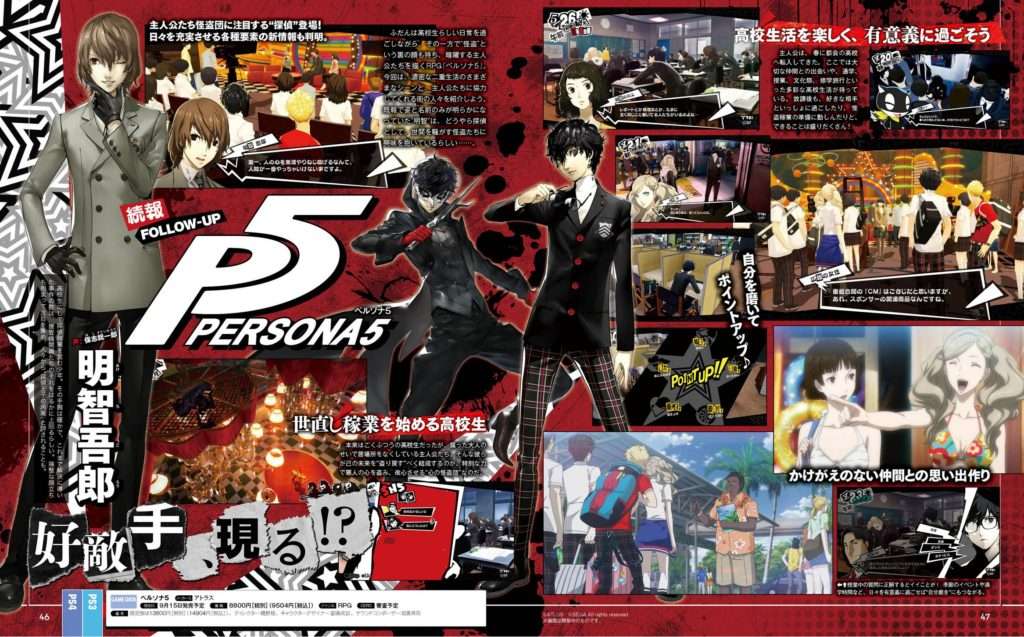 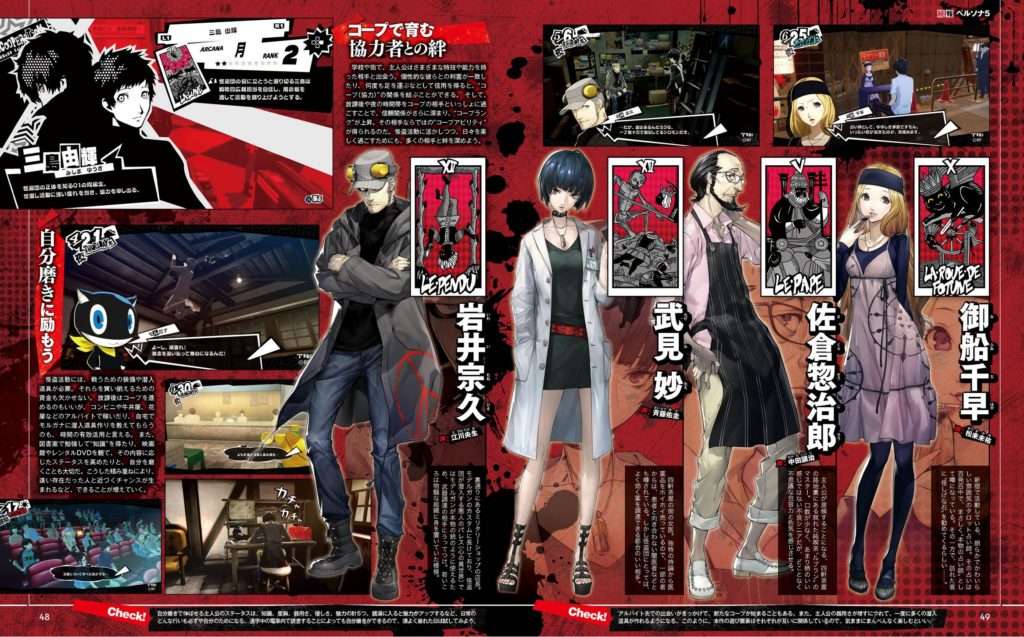 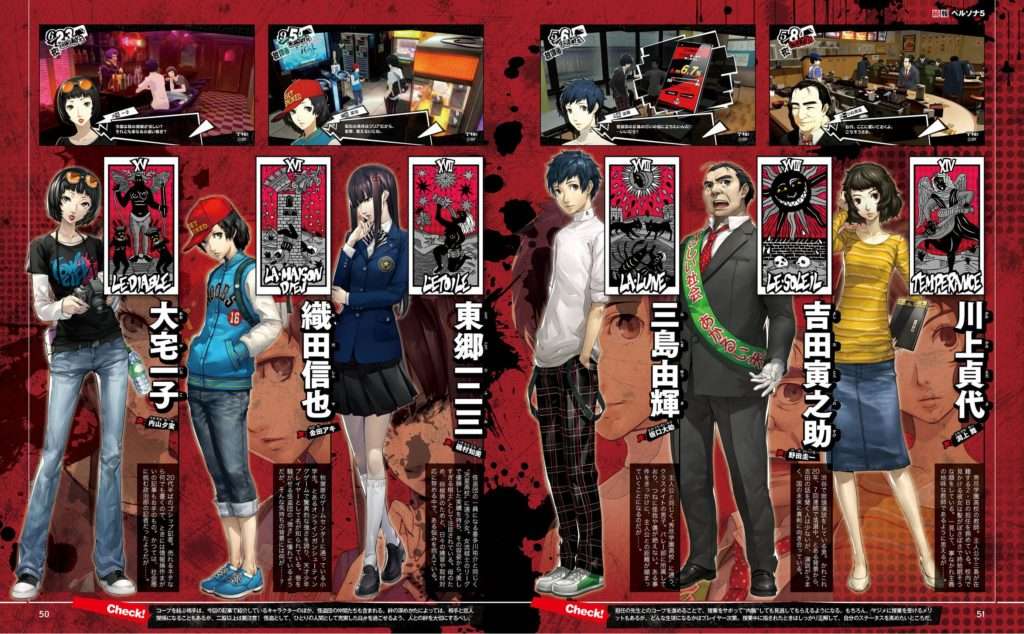 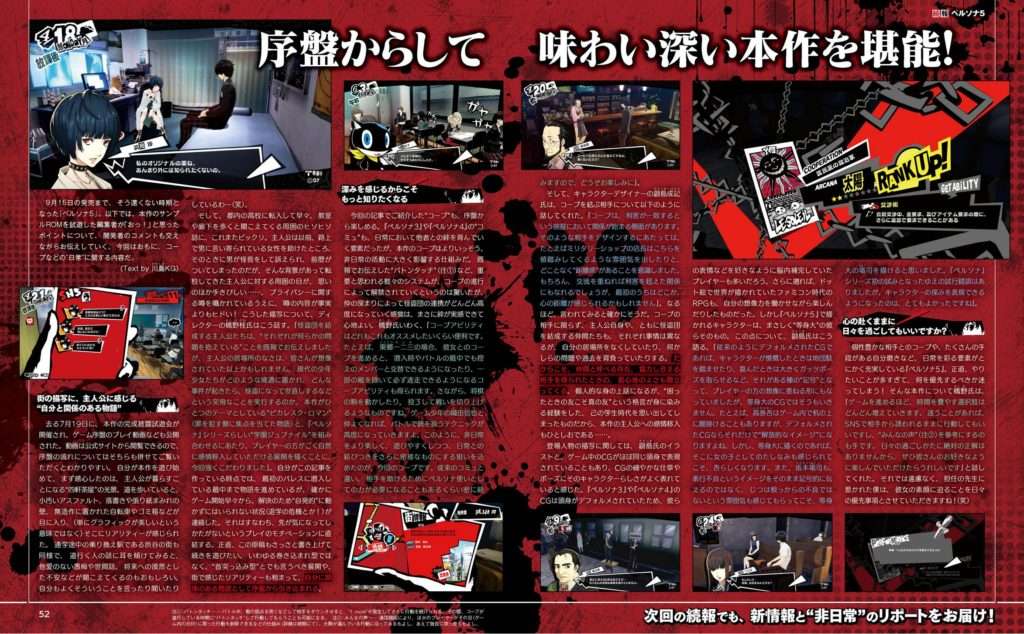 The new details featured include the seven new “Cooperation” characters—collaborators of the protagonist in his journey—developer comments, as well as impressions from the Famitsu editors who got to play the demo of the game.

Dominationkid on Tumblr has provided English translations of this Famitsu feature (part 1 and part 2):

This issue also confirms that the next issue of the magazine, #1445 releasing next week, will contain another Persona 5 feature on the “extraordinary life” [as Phantom Thieves] element of the game.

Additionally, this issue of Famitsu magazine contained a merchandise page, showing off the different crystal colors included with the Famitsu DX Pack release of Persona 5. 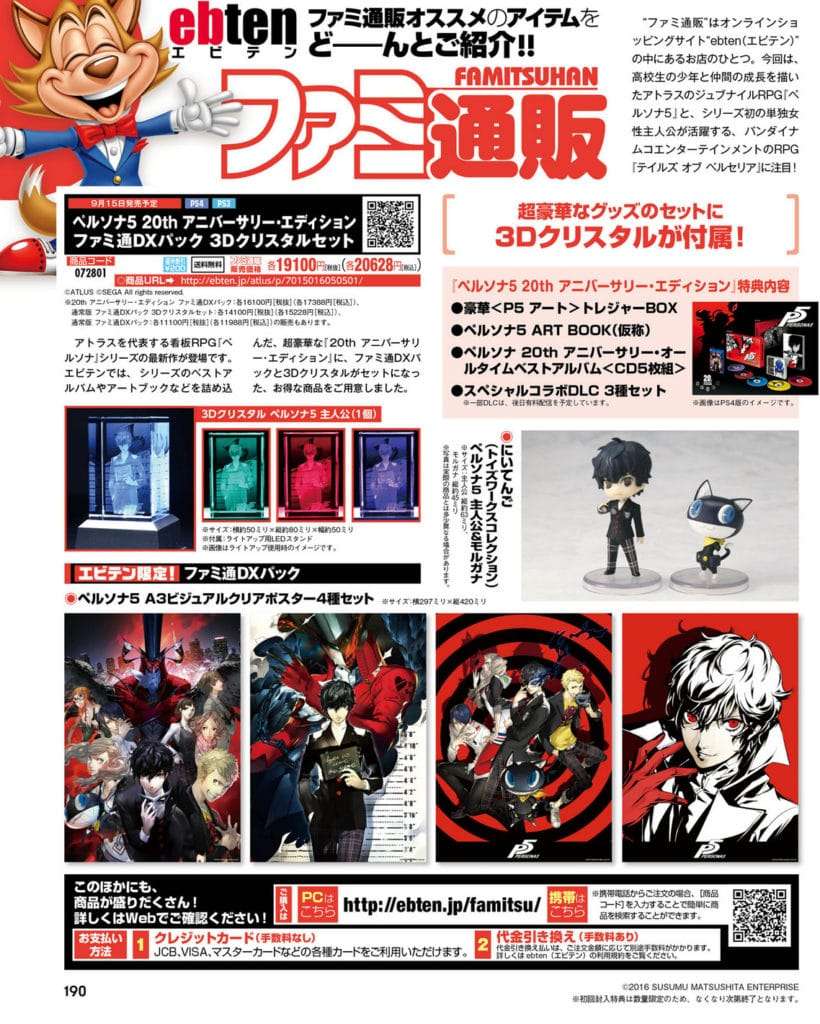