The newest issue of Dengeki Playstation Vol. 619 (releasing on July 28, 2016) has announced that the next issue, Vol. 620 releasing on August 10th, will feature Persona 5.

This Persona 5 feature will contain information on the “Take the Treasure” event of July 19th, their impressions from the game’s demo and other information. 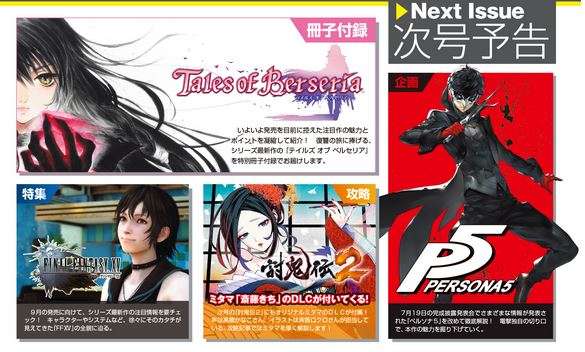 This will follow Vol. 618 of the magazine, which recapped the E3 2016 gameplay demonstration from the “Revealing the Phantom Thieves” event.