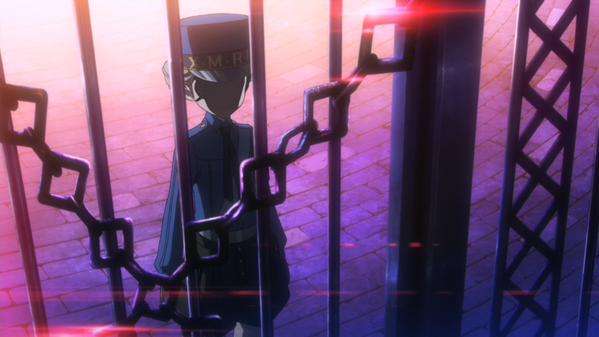 Following the reveal that Persona 5 would be rated M for Mature by the official Entertainment Software Rating Board, the full description for the rating has been released.

This is a role-playing game in which players assume the role of a high-school student who enters an alternate world and uses special powers to change the hearts of people in the real world. As players explore themed areas of the “Metaverse,” they engage in turn-based combat against fantastical creatures (e.g., demons, evil spirits, shadow creatures). Characters use blades, pipes, firearms, and Personas (i.e., creatures that enable magical attacks) to defeat enemies; battles are highlighted by light effects, impact sounds, and cries of pain. Some cutscenes depict characters ripping masks off their faces as blood sprays. One cutscene depicts a man shooting another character in the head at close range; blood is shown pooling on the floor and splattering the victim’s clothes. Several female monsters/Personas are depicted with exposed breasts, and a handful of creatures have phallic-shaped heads, torsos, or appendages. Various Personas (e.g., Succubus, Incubus) have sexual characteristics that are described in text (e.g., “They visit sleeping men/women and have sexual intercourse with them”); dialogue also includes sexual references (e.g., “Apparently he’s been forcing young idols and other girls to have sex with him to move up in the ranks”). Drug smuggling for the mafia is briefly discussed during a side quest (e.g., “Like illegal drugs…? Maybe they made Iida smuggle drugs for them.”). The words “f**k,” “sh*t,” and “a*shole” appear in the dialogue.

To obtain a rating for a game, a publisher submits a detailed questionnaire and a DVD containing footage of the most graphic and extreme content found in the game to the ESRB, including content related to the game’s context, storyline, reward system, unlockable and otherwise “hidden” content, and other elements that may affect its rating. They may also provide printed copies of the game’s script and lyrics from songs in the game. The footage is reviewed by a team of at least three raters, who discuss what the most appropriate and “helpful” rating for the game would be, based on the footage and details provided.

The game was previously rated CERO C in Japan for “Crime” and “Drugs.”