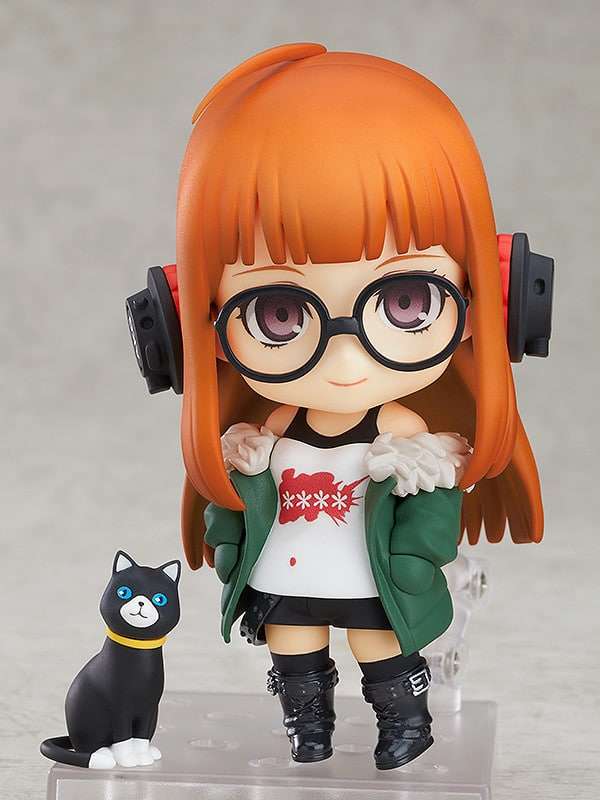 Following its announcement at Wonder Festival 2018 Winter in February, the Futaba Sakura Nendoroid produced by Good Smile Company has had pictures of the final product revealed, alongside pre-orders opened and a release date of December 2018.

From the popular game “Persona5” comes a Nendoroid of the genius hacker, Futaba Sakura! Her unique style has been captured in adorable Nendoroid size, and she also comes with sitting parts which allow her to be displayed sitting at her keyboard!

She comes with three face plates including her standard expression, a downcast expression as well as a grinning expression. Other optional parts include the real world version of Morgana, a potato snack as well as some cup yakisoba to display her in various different scenes!

The Nendoroid costs 5,000 yen, and can be pre-ordered through Good Smile Shop.

The first is a Nendoroid Makoto Niijima figure for Persona 5 the Animation, produced by Good Smile Company.

The second is a scale figma of “Queen” for Persona 5 the Animation, produced by Max Factory.

The third is an action figure of Makoto’s personas, Johanna and Anath produced by Sentinel Toys, for Persona 5 the Animation.