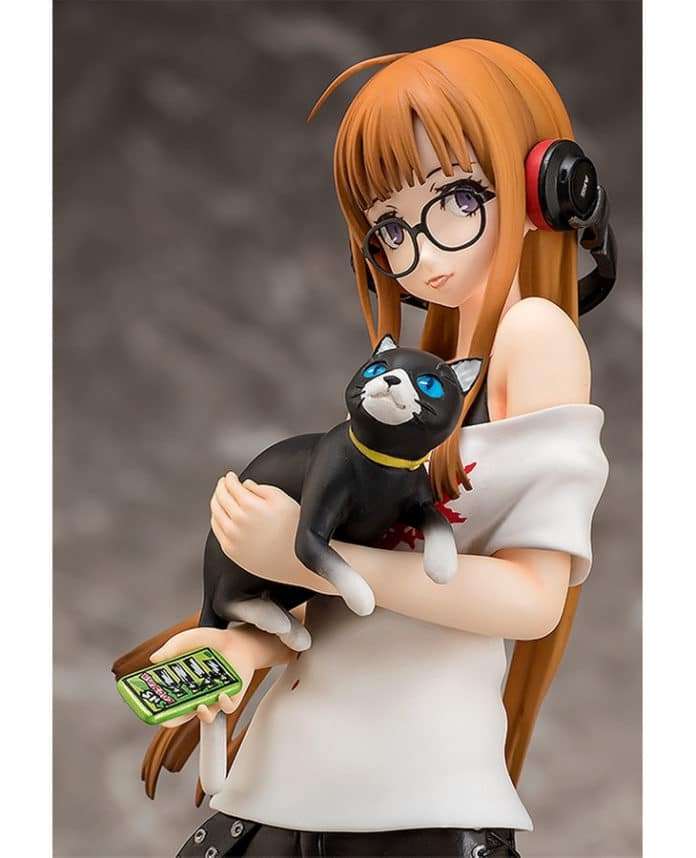 Following the announcement of the Persona 5 “Futaba Sakura” scale figure at the Persona 20th FES event, and the demonstration of its colored version at the Miyazawa Model Exhibition Spring 2017, new details and pictures for the Phat Company produced figure have surfaced.

From the role-playing game ‘Persona 5’ comes a 1/7th scale figure of the genius hacker who joins the Phantom Thieves – Futaba Sakura! She has been sculpted in careful detail wearing her winter jacket.

The figure comes with interchangeable parts which allow you to pose her with the jacket removed, her smartphone in one hand with the other holding Morgana in front of her. Simply select the pose you prefer for your collection!

She is wearing the official AKG headphones which were part of a previous collaboration.