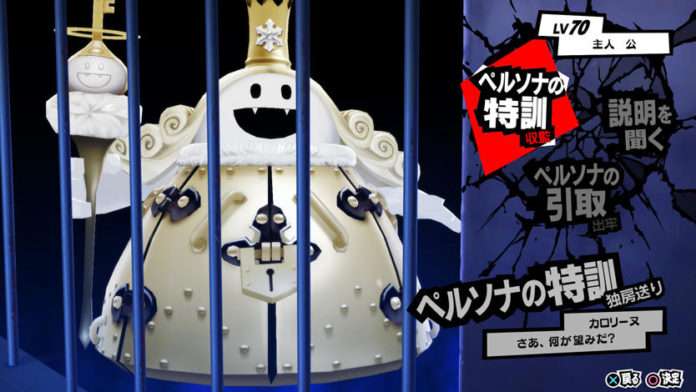 The “Phantom Thief Life” section of the official Persona 5 website has been updated with two new sections for the game’s Mementos dungeons and fusion in the Velvet Room.

Aside from the main scenario, players will receive free quest “missions.” These will take place in the vast “Mementos” special dungeons, randomly generated each time they’re entered.

To navigate the large expanse, Morgana transforms into a vehicle called the “Morgana Car” to explore the dungeon.

Fusion merges two personas together to create new personas. It is a ritual requiring one to “execute” their old self to bring about a new, stronger self.

In addition to fusion, the Velvet Room provides a variety of tools. One of them is “special training,” where personas placed in an isolation cell will learn skills to overcome their own weaknesses.